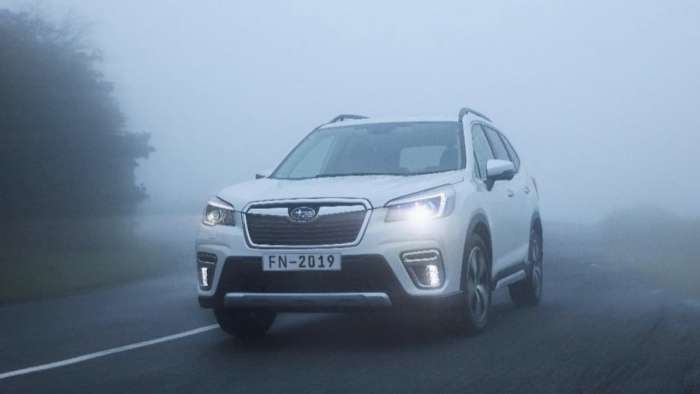 The 2020 Subaru Forester is arriving now and the small SUV is still the brand’s global leader. See why it’s the most popular AWD vehicle in the Subaru stable.
Advertisement 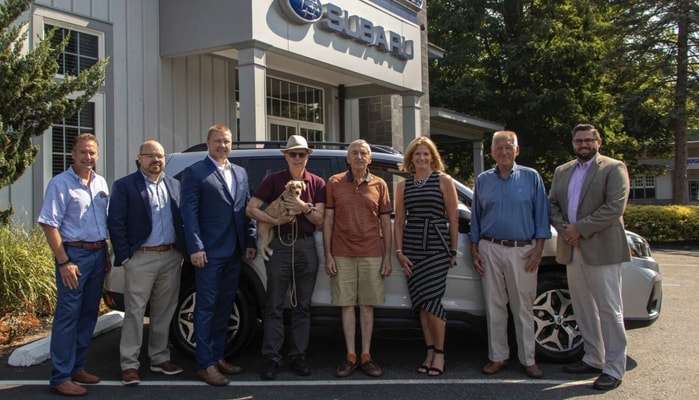 The small Forester SUV has won numerous awards, including Motor Trend SUV of the Year in 2009 and 2014. Forester has also been an Insurance Institute for Highway Safety (IIHS) Top Safety Pick for 13 years running. According to IHS Market research, 97 percent of Foresters sold in the last ten years are still on American roads today.

The small Forester was added to the Subaru line-up in 1997 and was a hit in the U.S., Australia, Europe and even South Africa. It was popular because of its large capacity for hauling cargo and it had a small footprint. The first-generation Forester was an alternative for customers who wanted the same performance and versatility as the Outback wagon, but in a vehicle with a taller stance. Forester originally shared the same platform as the Impreza compact.

The new Forester came standard with many of the same features as its larger counterpart, including a Boxer engine, Symmetrical all-wheel drive, and 8.7-inches of ground clearance. Subaru was the first automaker to create the Sport Utility Vehicle (SUV) segment with Forester. The new model was marketed with the advertising tagline, “Sport Utility Tough, Car Easy.” 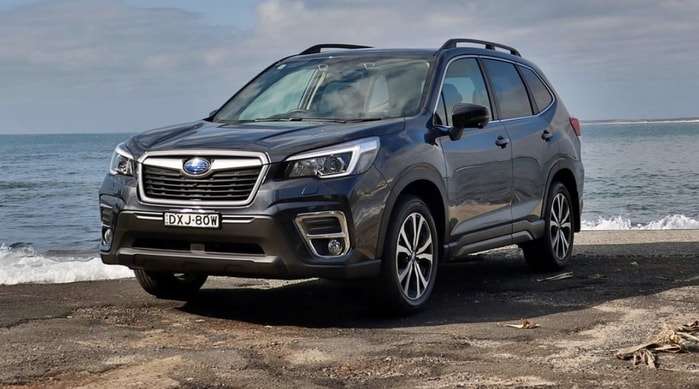 The new fifth-generation 2020 Subaru Forester offers the most advanced safety technology, features, design, and capability in its 23-year history. For the 2020 model change Forester still comes standard with all-wheel-drive, EyeSight driver assist technology, and a new Rear Seat Reminder, which is designed to help prevent child and/or pet entrapment by alerting the driver to check the rear seat before exiting the vehicle. It has also earned the Top Safety Pick+ award, the highest possible safety rating from IIHS when equipped with Steering Responsive Headlights. 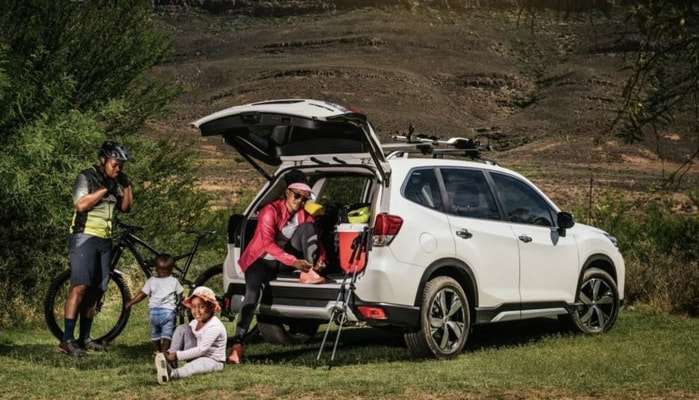 Forester is a top-seller in South Africa

It’s about as far away from any Subaru dealer in the U.S. can be, but the Subaru Forester has been a staple of the Japanese automaker’s lineup in South Africa, featuring as one of the top-selling models. Over 10,000 Forester SUVs have been sold in South Africa across its 5 generations. You can still see many first-and-second-generation models on South African roads in daily use today. 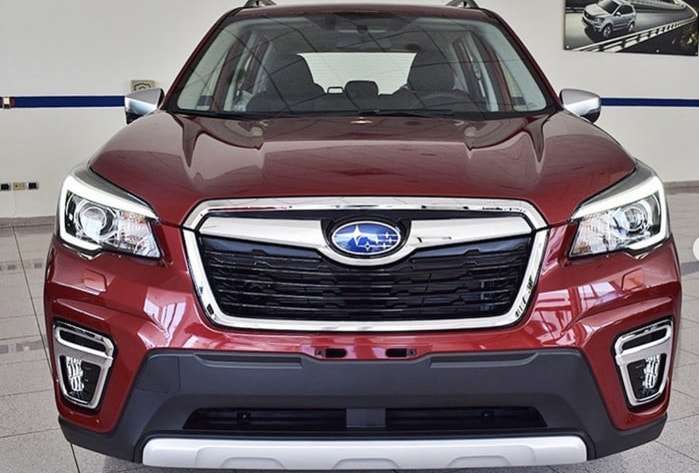 Denis Flierl wrote on October 4, 2019 - 7:24am Permalink
Tell us about your first or second-generation Forester
Dee Franiewski wrote on October 4, 2019 - 9:25pm Permalink
I just sold my 2002 limited Subaru with 100K miles for 1500 to my brother. It was kept outside its entire life. It was used mostly for city driving on hilly terrain as a work car. It made a few 1000 mile trips on vacation and ran great on the highway. Oil was changed e ery 5000 miles. Only complaint was the 6 cd became jammed after 5 yrs, the body began to rust around the rear wheelwells then became rusty in spots on hood, the underside began to rust and exhaust/muffler needed repaired. The engine runs good except for recent hesitation going up hills at speed of 20 mph. The automatic transmission works well. It was a great winter car...driven thru a foot of snow going down an 8% grade. I was scared but my Betsy got me to work and back for 17 yrs. I replaced her with a laid out 2019 Forester with all. I hope i outlive the new SUV!!
Digitaldoc wrote on October 4, 2019 - 11:58am Permalink
no turbo = no sale Seriously, went to dealership, they had none back in 2017, and they had no turbos other than via a 12 week wait. The redesign dropped the turbo for poor sales. I took my business elsewhere. Still annoyed at the situation.
Jo wrote on October 5, 2019 - 12:39pm Permalink
Need that turbo engine. No turbo, no sale. That engine choice didn't sell because the dealerships did not promote it. I did my research before buying my 2014.. i went to 4 Subaru dealerships in Palm Beach, and Broward counties. No one had a turbo on the lot, did not mention engine options until I asked for it. THAT'S WHY THE TURBO WAS NOT A BIG SELLER.
Jeff wrote on October 4, 2019 - 10:11pm Permalink
Hopefully the brake / tail lights last longer than the 2012 my wife has!!!
Eman wrote on October 5, 2019 - 6:01am Permalink
I don't know why subaru can't figure out why their turbo didn't sell in the Forester? It didn't sell because it required premium gas. If they'd add turbo with regular (like the new Outback), it would change the vehicle and sell like crazy.
Mike wrote on October 5, 2019 - 10:13am Permalink
Same.. I would buy a used XT rather than a new "sport." might jump ship or give the Outback XT a serious look
kelly brooke wrote on August 20, 2020 - 12:57am Permalink
Great and innovative designs. Looks very catchy

Tesla-Funded Research Reveals One of The Biggest Mysteries of EV Battery
Tesla Tesla Buyer Nets a Whopping $12,000 Discount After Asking for Reduction
END_OF_DOCUMENT_TOKEN_TO_BE_REPLACED