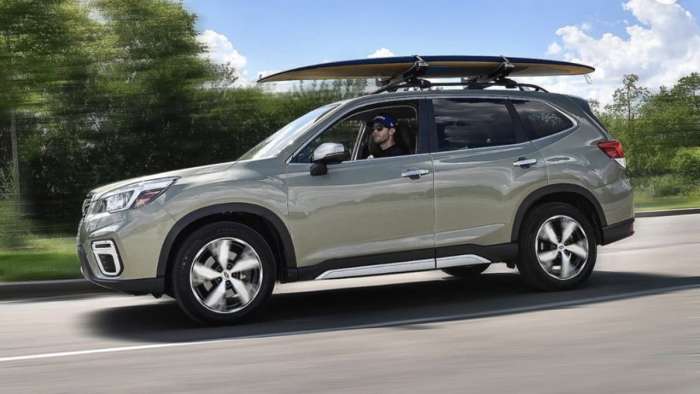 One Million Subaru Foresters Sold In Last 6 Years, How Many Are Still On the Road

A 2019 Subaru Forester is the 2 millionth sold in the U.S., but the bigger story is how many are still on the road today.
Advertisement

Subaru of America announced they just sold the 2 millionth Forester compact SUV in the U.S., a new Ice Silver Metallic 2019 Forester to a man named Brian Gerber from New York. But the big story of the day is that Subaru has sold the second million of these Foresters in the last six years and they claim 970,000 of them are still on the road.

Subaru says that 97 percent of all Forester models sold in the last 10 years are still being driven today. A separate report from Forbes says the Forester is one of the 5 most reliable cars and most likely to run for more than 250,000 miles. 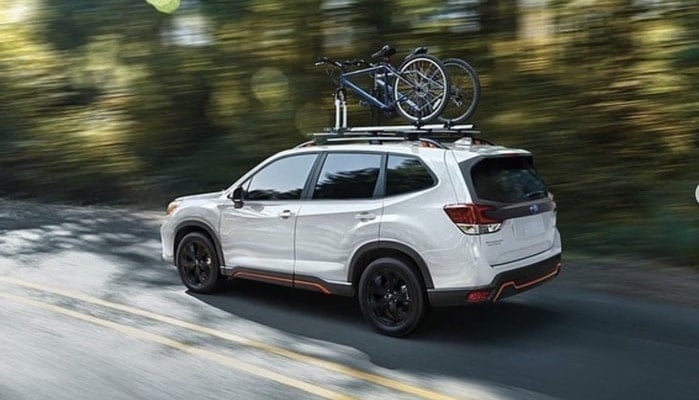 Forester sales have taken off and Subaru of America (SOA) has sold approximately 1.6 million Foresters in the last 10 years. The Camden, N.J. automaker says roughly 1.5 million are still on the road. Subaru uses numbers based on IHS Markit U.S. vehicles in operation vs. total new registrations in the Non-Luxury Compact CUV segment for MY2009–2018 ending in December 2018. A man from Europe claims to have racked up one million kilometers with no breakdowns on his first-generation Forester. 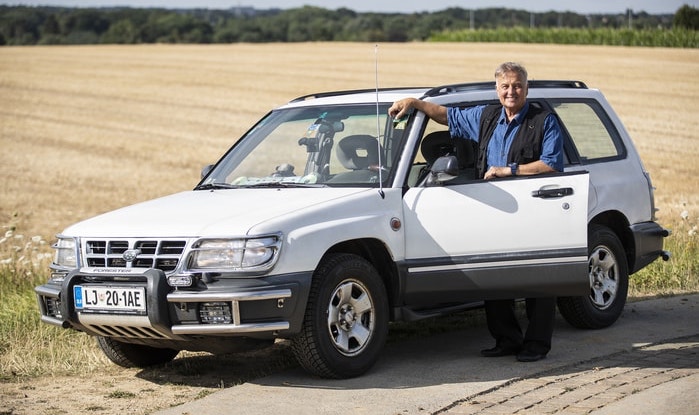 The Subaru Forester is made in Japan and the first one arrived on U.S. shores in 1997. The first-generation Forester was smaller than Outback and offered customers a smaller all-wheel-drive model. It took off and is the number one selling vehicle for the brand around the globe. Subaru of America marketed the new model with the advertising tagline, "Sport Utility Tough, Car Easy.” Subaru needs a new slogan, marketing Forester as its most reliable SUV. 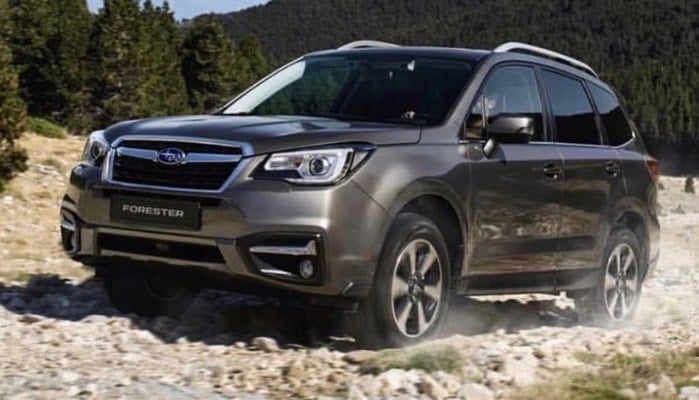 From the first generation model through the fourth-generation, Forester has seen impressive growth of 286 percent. Now in its fifth-generation, the 2019 Subaru Forester went on sale last fall and SOA has sold 142,335 of the compact SUVs in the U.S. market alone. Forester seems to be one of the most reliable all-wheel-drive vehicles in the Subaru stable.

Bookmark my Subaru page and be sure to follow 2019 Subaru Forester reports on Facebook, Twitter, Instagram, Subaru Report. Send us your Subaru news tips @SubaruLegitNews and we'll give you a shout out! Be sure to check back tomorrow for more Subaru news and updates.

Denis Flierl wrote on July 31, 2019 - 7:47am Permalink
Is it because Forester is made in Japan and not the U.S. plant?
Sky wrote on July 31, 2019 - 4:27pm Permalink
That's what I was thinking!
Dimitri S wrote on July 31, 2019 - 12:28pm Permalink
Just bought 2019 Subaru Forester. Couldn't be happier with the purchase. Looking forward to all the adventures in my near future!! BTW, the video posted is pretty weak. All weather mats are must but rest? I would suggest getting a backseat cover if you have a dog. Maybe some racks or cargo boxes if you are into camping/outdoors.
Lonie wrote on July 31, 2019 - 5:20pm Permalink
2019 Forester has thabsolutely horrible seats in the Touring ( Canadian spe..wife bought one ) . And I like all driving aspects, 2.4 is far from gutluss, and the CVT is hard to get use too...I'm behind the times.. So far the long road ahead is a gel seat cushion. Mileage is incredible
Jim D. wrote on July 31, 2019 - 7:58pm Permalink
I'll not buy another until they solve the issue of it stalling when driving at 60 mph on the highway when the low fuel indicator light comes on. Very dangerous!
Steve wrote on August 12, 2019 - 1:38pm Permalink
Try keeping some gas in the tank.
Marisa wrote on July 31, 2019 - 8:56pm Permalink
I still love my 2008 Forester and plan to keep at least 1 more year. Just wish it got better mpg. That's the deciding factor for my next car and it prob won't be another Subaru unless they make some progress on this front!
Rachael Woody wrote on August 1, 2019 - 12:04am Permalink
Im going to try and post again since obviously the.first one got deleted or "lost". I've been nothing but disappointed in my Subaru since I bought it. The gas mileage is terrible and I've had nothing but problems with it since the beginning! My 20 yr car runs better than this POS, what the hell.subaru?
Rachael Woody wrote on July 31, 2019 - 11:51pm Permalink
My forester was a complete LEMON!!! What a joke subaru, worst car I've ever owned with terrible gas mileage and nothing but problems. My 20 yr old honda crv is by far a better vehicle and will probably be my next purchase. Absolutely dissapointed subaru!!
Kenneth F wrote on August 1, 2019 - 5:09pm Permalink
Last Friday I bought my third consecutive Subaru Forester as a belated 60th birthday present to myself. In all the years I've been driving I've never owned the same make twice, let alone model, until this decade. I started with the base Forester in 2011, moved up to the Premium in 2016, and this year I got the Sport. Obviously I wouldn't repeat if I wasn't thrilled. No turbo option -- I couldn't care less, as I prefer to use regular gas and get higher MPG. Also: I was a dedicated manual tranny guy for decades, but in 2016 I got the CVT and like it so much that I no longer miss manual. On the 2011 the only significant issue was having to add oil between changes. I read that Subaru had solved that issue, so I took a chance on another: I owned the 2016 for 3.5 years and had zero maintenance issues. I've only owned the 2019 for a week but it performs better than the 2016 even though it's a smidge larger - if I need more zip I use the S# driving mode, which isn't turbo, but good enough for me. I also like the extra standard features such as Eyesight and auto start/stop (though I might be the only one who likes the latter). I have every confidence that this Subaru will last as long as I want to keep it, but if I get tired of the Sport's orange accents (I was on the fence about them) I may go for my fourth Forester after a couple years. ;)
Earl Smith wrote on August 1, 2019 - 5:22pm Permalink
I drive a 2009 Forester. Had a 2001 before this. Best cars I've ever owned, but there have been WAY too many serious recalls. Especially on the newer models. My next car won't be a Subaru unless they can make some serious changes with their business. Seems they cant keep up with the growing demand for their vehicles.
El T. wrote on August 3, 2019 - 9:09pm Permalink
Bought our first ever Forester in 2010, burns oil, had the engine replaced at less than three months. Dealer needed it for "RND" they say. Had issues with extreme use of oil under normal driving conditions. AC issues then fianally at about 130,000 miles push rod came out the side of valve cover. Mechanic friend never seen it before. I should have kept the first engine! Never buying another Subaru...SOA was no help.