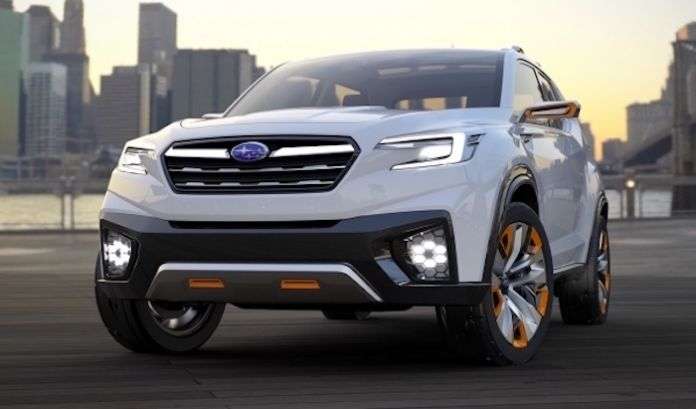 US Could See All-Electric Subaru Outback, Forester, Impreza By 2022

Subaru will launch 3 new EVs in Japan by 2021. The U.S. could be next to get these models.
Advertisement

If you aren’t ready for the coming EV revolution, get ready. Subaru is launching a series of all-electric cars in Japan first, and then the U.S. will likely get the new EV models next. According to a report by the Japan Times, Subaru Corporation will launch three existing popular models, Outback, Forester and Impreza with new EV technology. They will hit Japan dealers first, in 2021, and then will be marketed to U.S. consumers sometime after. The all-electric vehicles will likely be manufactured at its plant in Gunma Japan, the source said.

The Japanese automaker is also planning to start selling a plug-in hybrid in the U.S. first and it will be introduced in 2018. Subaru has not confirmed which model, but it’s speculated to be the new Subaru Crosstrek. All this is in response to stricter global emissions regulations, as competition intensifies between automakers looking to develop eco-friendly cars.

Subaru is on the move

More changes are coming to Subaru as they already axed the WRX STI in Europe and will later introduce it as an eco-performance plug-in-hybrid model sometime in the next five years. The article also says, the Japanese automaker will stop producing diesel-powered vehicles available in the European and Australian markets around fiscal 2020 to focus on their electric models.

Subaru’s core values include producing vehicles that are fun-to-drive, have a  “go-anywhere” attitude, and safety. Subaru needs to keep their brand image alive as well as develop all-wheel-drive vehicles that “perform well on environmental benchmarks.” They will introduce their first new vehicle launch, the all-new Ascent 3-Row family hauler at the LA Auto Show, and this could also get new EV technology in the future.

Subaru is developing new 2.4-liter twin-turbo boxer engines that can be used coupled to an electric motor. This hybrid power will likely be used to power the Ascent and possibly the new-generation Subaru WRX STI. It’s all possible with the introduction of the new Subaru Global Platform seen on the new Impreza and Crosstrek models.

Torque News reported here, Subaru will join Toyota, Mazda, and parts maker Denso to design, test, and build components for a shared electric-car platform. They will likely develop their hybrid technology on their own, and use the electric drivetrain technologies from the partnership for their all-electric Outback, Forester and Impreza Japan models first, and then introduce them in the U.S. market possibly in 2022.

Bruce Kelly wrote on January 30, 2019 - 8:51pm Permalink
I am interested in the plug-in hybrid Crosstrek
John Ryan wrote on March 16, 2019 - 4:15am Permalink
We LOVE our two Leafs, and a converted VW bug (all of them electric) We have been saying, "Why can't there be an all electric, all wheel drive Subaru?". If the charging miles are more that 300 miles, we would love to take a serious look at it!