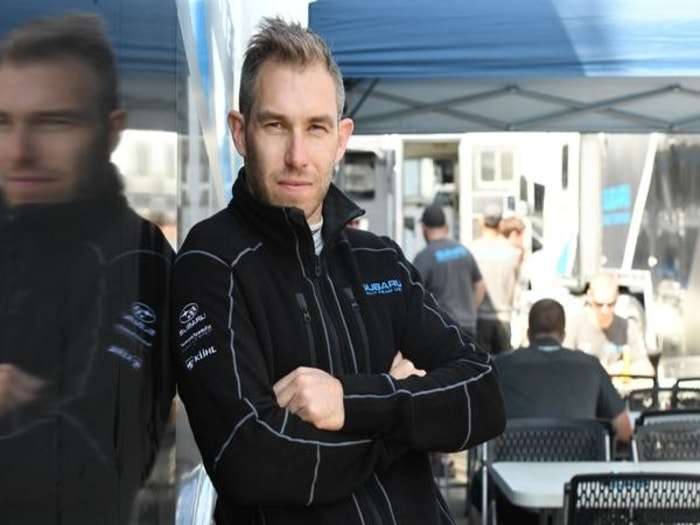 In a surprise move, Subaru Motorsports announced, Chris Atkinson and Patrik Sandell will join David Higgins and co-driver Craig Drew at select rounds of the American Rally Association (ARA) Series in 2018. Atkinson and Sandell have been piloting the Red Bull Global Rallycross machines and will continue in 2018. The move is likely because of Travis Pastrana’s Nitro Circus live-event tour, who along with co-driver Robbie Durant, can only be involved at select rounds in 2018.

It will be a full-time effort for multi-time rally champions David Higgins and co-driver Craig Drew, who will enter all seven rounds of the 2018 ARA series. Pastrana and Durant are the defending champions and all Subaru drivers will be behind the wheel of the newly-updated 2018 Subaru WRX STI rally cars prepared by technical partner Vermont SportsCar.

Atkinson is no stranger to Subaru’s rally programs. Between 2005 and 2008, he was the factory driver for Subaru World Rally Team alongside the 2003 WRC champion Petter Solberg. Atkinson has earned 41 WRC stage wins and 6 WRC podiums including podiums at the famous Monte Carlo Rally and Rally Mexico. He should give Higgins serious competition like Pastrana did last year.

The 2018 ARA season kicks off at the scenic Oregon Trail Rally on April 20-22 where SRT USA will enter David Higgins and Chris Atkinson to mount their championship defense. In addition to the five returning ARA events the series will debut two new events; The Idaho Rally (September 14-15) and the Tour de Forest Rally, in Olympia and Shelton, Washington, (October 6-7). The revived Tour de Forest event, last run in 1983, places teams on stage roads unseen in rally competition for thirty-five years.

For the 2018 ARA Rally Series, it will be Chris Atkinson and Patrik Sandell joining Travis Pastrana and co-driver Robbie Durant at select rounds of the American Rally Association (ARA) Series in 2018. Stay tuned.