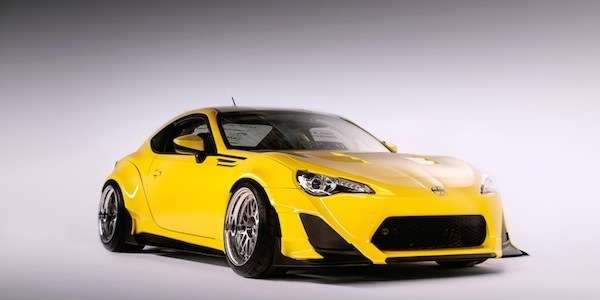 The eye catching yellow 2015 Scion FR-S was built by Super Street, a magazine covering high-performance customized cars and lifestyle. They took the 2015 FR-S Release Series 1.0 and used inspiration from their first build, a British Racing Green/Rocket Bunny theme, turned up the power and went wider, wilder and louder.

The FR-S was built by the Super Street team that included LTMW, Gearheinz and Rywire. The ultra hot bodywork was done by LT Motorworks, Gearheinz was brought in for their engine-building expertise and Rywire created a new engine harness that cleaned up the engine bay for show points and it also controls the drive-by-wire system for the ITBs.