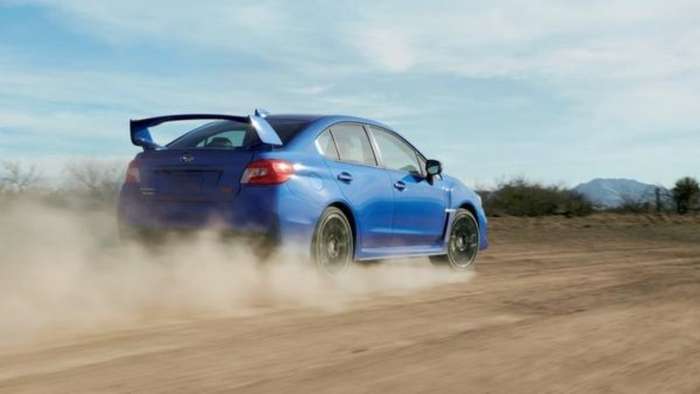 The 2019 Subaru WRX and WRX STI score “Best Sports Car”, their eighth overall and fourth straight win for retaining their value. You should buy new not used.
Advertisement

The 2019 Subaru WRX and WRX STI are the “Best Sports Car” values on the planet according to ALG Canada. In ALG’s recent 2019 Canadian Residual Value Awards, the high-performance sedans score number one for having the best residual value in the hotly contested Sports Car segment.

One of the most impressive facts is that the Subaru WRX and WRX STI four-door sports sedans, take home ALG’s top honors as Best Sports Car for the eighth overall and fourth straight win. The Subaru brand has also been named the Best Mainstream Brand in the 2019 ALG Canadian Residual Value Awards, the fifth straight year it has earned the honor.

What does it mean for sports car buyers?

According to ALG, the 2019 WRX and WRX STI are predicted to retain the highest percentage of their original price after a four-year period better than any other sports cars. This segment is typically known for their value dropping quicker, but not the WRX/STI sedans.

This means it’s better for sports car buyers to buy a new 2019 Subaru WRX or WRX STI than it is to buy used. If you’ve tried to purchase a previously owned STI, you know this is true. The value of a used WRX STI is just a few thousand dollars less than a new one. This is especially true if you live in the Northeast, Rocky Mountain or Pacific Northwest where the brand is popular.

The Subaru brand has been known for its performance models dating back to the 90s when they achieved global success on the rally stages. They’ve continued to build on that motorsport heritage with the 2019 Subaru WRX and WRX STI performance sedans. Subaru has attracted a wider audience with the performance WRX in recent years, and a new generation is finding out the driving dynamics of the sports cars, peg the fun-to-drive meter.

ALSO, READ 2019 Subaru WRX STI; Why You Should Wait For New-Generation Model