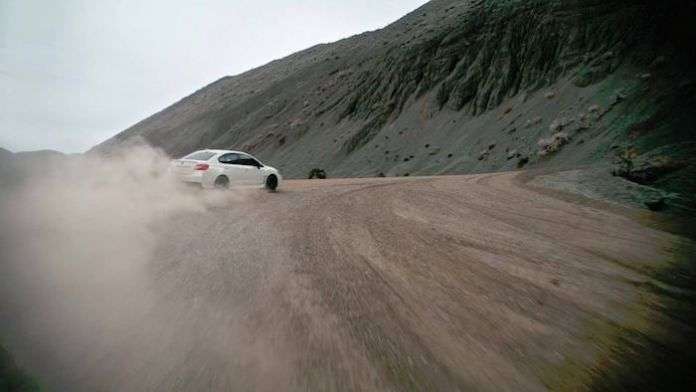 The bad news is, the 2018 Subaru WRX and WRX STI performance sedans continued a downward slide in sales in the U.S. market. It’s the fourth month in-a-row sales have headed south. The good news is, they had the lowest decline of any of the models in the Subaru lineup and the smallest slide this year. The Subaru WRX/STI models were down (-6.3%) but all other models expect the new-generation 2018 Crosstrek and Impreza, were down for October too.

The 2018 Subaru Outback (-12.3%), Forester (-12.4%), Legacy (-26.0%), and BRZ (-17.9%) were all down in sales over the same month last year. Subaru buyers seem to waiting for the new-generation models that get the new Subaru Global Platform. It made a big difference in the Impreza and Crosstrek with improved safety, driving dynamics and ride quality. It will make a big difference in the other models too.

Where WRX/STI has been

It’s been a summer and fall of going backwards for the sport-tuned WRX and performance-tuned WRX STI sedans. They saw their biggest drop in August, down 20.9 percent for the month (likely due to the 2017-2018 model change), and sales of the WRX/STI were also down 10.8 percent in July and slipped 15.2 percent in June. So the -6.3 percent slide in September seems like a positive for the 2018 WRX/STI.

Subaru of American has sold 26,572 WRX/STIs in 9 months and it’s only down -4.3 percent for the year, compared with last year, so even with the four-month slide, demand remains strong for the performance cars in America. Subaru Canada, the brand’s second largest market, didn’t report the performance models were up so we assume sales were down up north too. Subaru Australia also didn’t say WRX/STI sales were up in September.

What’s in the future for the performance cars

We’ve written a lot about bringing back the 5-Door hatch body style for the WRX/STI, and we think it would be a big boost for the high-performance model. The STI isn’t due for a complete remodel until 2020, so fans will likely have to wait until late 2019 if Subaru does bring the hatch back.

Subaru did unveil the Performance Sedan Concept at the Tokyo Motor Show showing the design language for the next-generation models, and there was no hint of the return of the 5-Door body style. What’s in store for the WRX and WRX STI performance cars? Subaru UK just axed the 2018 WRX STI, so things are changing in a big way in the EU. Don’t be surprised if there’s a plug-in hybrid and all-electric powertrain coming to the STI in the future.

Guillermo wrote on November 4, 2017 - 3:19pm Permalink
I still don't know if anybody reads what I write. I did my part and on Oct. 9 I bought my 2018 WRX STI. The car industry is changing, leaving less and less room for the enthusiasts. The STI is bringing itself to the crossroads. Many people talk against the car. Many people want it different. Many people complain that the technology is old and that they are waiting for the next generation. I come from a 2015 WRX and I saw this as the last chance to buy a car with the Subbie rumble, and I did buy it. I wanted Subaru to keep the rumble that makes the car unique, but it's very unlikely to be really happening. If Subaru would ask me, I would suggest them to build the next-gen hybrid with an electric engine that helps in the low revs, instead of the twin scroll the numb the rumble. I feel now that I drive a voracious T-RX STI, that in no way can be either economical nor quiet. I would keep the Subaru Performance exhaust, but I would make it quiet while driving in intelligent mode. That would do a lot, but if fuel consumption would be acceptable it would be an awesome car. Subaru is not listening to potential buyers this year; they released the WRX with basically no changes from the previous generation when many many people, not necessarily buyers are talking that the changes will come in 2020. I bought the STI, because the changes in 2020 will not be great in my view. The STI will be probably very fuel efficient and that's great. It will have more torque at low revs, but it will lose the rumble and it will be like making a 911 with a V6 hybrid. Probably more compliant with today's expectations, but very unlikely to be sold. Subaru requires a fuel efficient rumbling sports car to keep selling or maybe the time of sports car enthusiast are coming to an end. Soon the electric cars will be dominant and the fun of driving will be a thing of the past. I am glad that I was able to still buy a rumbling STI. A car with a manual transmission, hydraulic steering, more or less light and with a great sound.
AllMyCarsAreRal... wrote on April 5, 2018 - 11:15am Permalink
As a former Subaru salesman & a long time Subie fanboy, I can honestly say that they get closer every year to just being AWD Hondas. I've owned WRX's, STI's, & Legacy GT's, starting with an 04, they've lost a little bit of the soul that made them what they were, with every new generation. I've been buying, building, blowing up & rebuilding Subarus for 12yrs & my next vehicle is either a Infiniti Q40 or a Volvo S60.