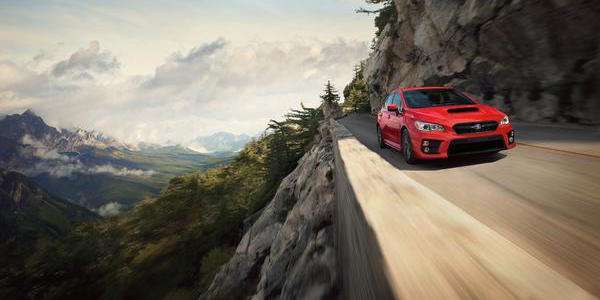 The Subaru WRX and WRX STI performance sedans are riding high with stablemates Outback and Forester. What new records did they set?
Advertisement

The newly-redesigned 2018 Subaru WRX and WRX STI won’t arrive until later this spring but sales of the performance sedans are riding high. The four-door sports cars set an all-time record with their best sales ever for March. Sales of WRX/STI reached 3,050 units up 11.4 percent for the month. The Outback wagon and Forester SUV also had their best March ever up 12.7 percent and 10.6 percent respectively.

Sales of the WRX/STI sports sedans are being driven by new buyers to the brand. Some are coming from the void left by the discontinued Mitsubishi Lancer Evolution that was axed by the Japanese automaker last year. Many of Mitsubishi’s performance buyers have made the switch to Subaru. The high-performance EVO was the main competition for the WRX STI until its demise. Subaru is also picking up urban adventure-seekers who use the all-wheel-drive WRX/STI for outdoor activities like getting to the trailhead for hiking, trail running, mountain biking and snow skiing.

Sales of the performance sedans should remain high throughout the year as the newly-redesigned 2018 Subaru WRX and WRX STI arrive this spring in North American showrooms. They get revised suspension tuning, new Brembo brakes with larger cross-drilled rotors (STI), new 19-inch wheels (STI), Recaro performance seats, and LED Steering Responsive Headlights. The upgrades will definitely improve their performance over the outgoing models.

Subaru’s WRX and WRX STI has competition from hot hatches Volkswagen Golf R and Ford Focus RS, but the WRX/STI sedans remain the best sports car value on the planet with the 2017 WRX starting at $26,695, and the WRX STI starting at $35,195. Decades of motorsports experience have helped the brand’s motorsport division, Subaru Tecnica International, develop the STI into a “legendary beast” for performance enthusiasts.

The Subaru WRX and WRX STI are riding high with stablemates Outback and Forester as all three set best-ever sales records in March. The new Subaru Corporation has more planned in the coming year. Subaru of America is entering their 50th Anniversary Jubilee Year, and will kick it off by bringing out new 50th Anniversary Special Edition models in early 2018. Will Subaru announce a special edition 50th Anniversary 2018 WRX STI? Stay tuned.