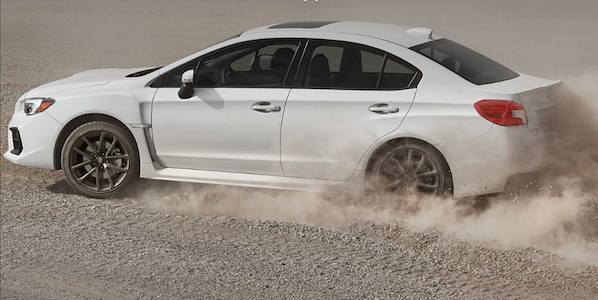 Performance fans aren’t waiting for the newly-refreshed 2018 Subaru WRX STI to arrive this summer. Sales of the sports-tuned WRX and performance-tuned WRX STI remain strong across America. Subaru of America reports fans bought 3,039 of the sports cars last month which was down just 1.8 percent from the previous year’s sales, and they are still up 1.7 percent YTD.

Subaru expects the refreshed 2018 WRX STI to continue its sales success even though it keeps the same 2.5-liter powerplant. The performance sedan gets suspension upgrades, new Brembo brakes and exterior and interior styling improvements with new Recaro performance seats. The sedan gets a small price bump over the outgoing models.

Subaru had a goal of appealing to a wider audience with the new-generation WRX and WRX STI performance sedan and it’s working. Gone are the days when this car was only sold to hard core enthusiasts. The performance cars are more refined, and a new generation of buyers are responding in a big way. WRX and WRX STI continue to get new upgrades that make it more appealing to the average consumer.

All 2018 models feature upgraded interior materials, rear seat armrest with cup holders, redesigned interior door grips and faster remote trunk opening. The 2018 WRX/STI also gets quieter inside. The new models get thicker door glass, revised door sealing and a foam-filled windshield header beam. Technology is improved with a new, larger high-definition multi-function display (5.9-inch vs. 4.3-inch before), and the the WRX Premium upgrades to a STARLINK 7.0” multimedia audio unit from the previous STARLINK 6.2” unit. But even more changes are coming for future models.

What coming for WRX/STI?

The performance models will get the new Subaru Global Platform (SGP) when it gets a complete remodel for the 2020MY, and the STI could get the new 2.0-liter FA motor with direct injection and power upgrades.

Performance enthusiasts will see noticeable changes in the WRX STI’s driving dynamics. In a nutshell, the new underpinnings will reduce vibrations and produce a smoother ride quality. The body and chassis will be 70-100 percent more rigid which will translate to improved steering response, and the increased rigidity of the suspension mounting will reduce body roll by 50 percent compared to current models.

The WRX STI will also have a lower center of gravity improving driving dynamics in the corners producing a more dynamic ride. Subaru says the new global platform underpinning the 2017 Impreza improves crash energy absorption by 40 percent over present models. Expect the same in the new-generation 2020 Subaru WRX STI. Go to Page 2.

Until then, the newly refreshed 2018 sport-tuned Subaru WRX and performance-tuned WRX STI will continue to be popular with old and new fans alike. Sales continue to stay strong for current models and the sports cars are arguably the best performance value around the globe.