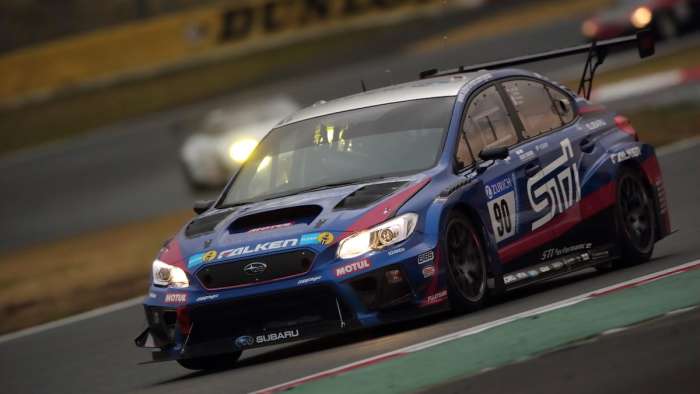 The Subaru WRX STI Blows Out Of Nurburgring 24-Hour Early

How did the Subaru WRX STI do in the Nurburgring 24-hour race? The STI didn't fair well. See what happened at 3:00 am.
Advertisement

The 2022 Subaru WRX STI NBR was going for its seventh Nurburgring 24-hour class win and fell short of its goal over the Memorial Day weekend. After Subaru dropped the next-generation STI, they kept the car alive in the most challenging endurance race in the world.

After a three-year hiatus, the 2022 WRX STI NBR Challenge performance car came back with improvements, but a set of tires kept it from winning. Subaru Tecnica International upgraded the STI NBR with larger tires and wheels for added grip and stability. But one set of tires during the early hours of the morning couldn't hold traction. 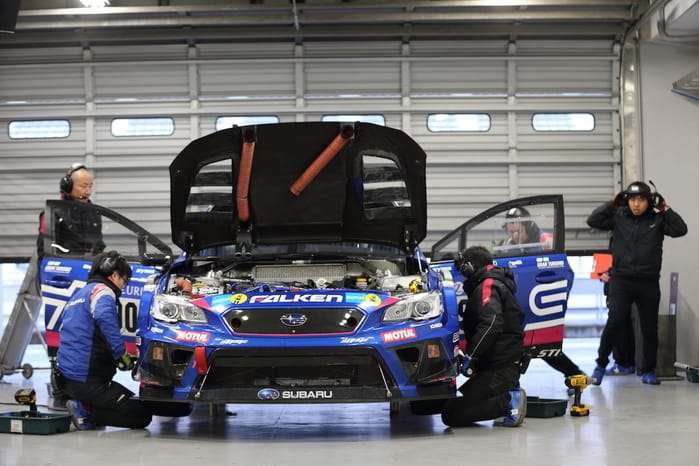 Subaru says at 1:00 am, they expected the road surface temperature to drop and continue to stay cold until sunrise at 6 am. The STI team decided to replace the tires with VS (Very Soft rubber) earlier than planned to compensate for the cold temperatures so the tires wouldn't lose grip and spin.

Subaru and the STI team changed tires and put on the softer rubber, and returned to the course. At the end of 52 laps, things were looking good for the team; Subaru was 2nd in the SPT3 class and just one lap behind with Kota Sasaki behind the wheel of the STI. 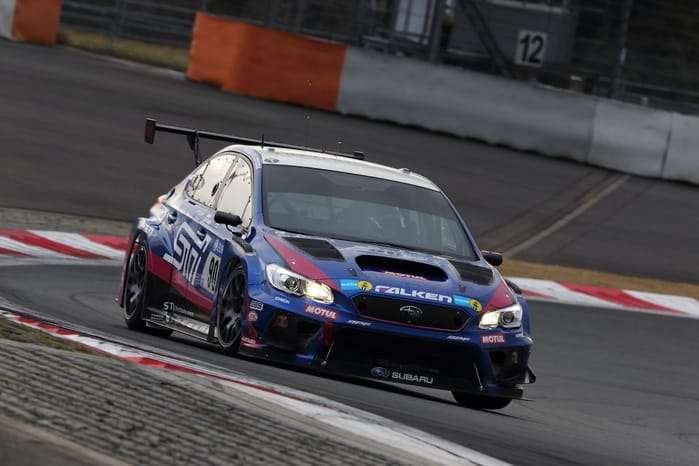 Hideharu Tatsumi, the team's General Manager, said at 10 minutes until 3:00 am, Sasaki suddenly contacted him by radio. "When I was descending a long downhill at full throttle in 6th gear, the tires suddenly burst and hit the guardrail on the right side and stopped on the left side of the course," Sasaki told him.

The accident location was the left corner at the 6-kilometer marker. Luckily, Sasaki was not injured and was safe. Subaru could not repair the performance car, and Sasaki returned to the paddock shortly after 5 am with the WRX STI NBR on the tow truck. Subaru says both front wheels were severely damaged, and the suspension arm of the right rear wheel was also bent.

What caused the tire blowout?

Subaru says the suspension of the left front wheel was damaged from in-vehicle data, which scraped the inside of the wheel rim and caused the tire to burst. "Since that point is the place to enter at full throttle in 6th speed, it is thought that it hit the guardrail on the right side of the course and stopped across the course with too much momentum'" said Subaru in the report.

The team was thankful Sasaki was unharmed because his speed was over 155 mph at the time of the accident. When the right side of the body hit the guardrail, the frame was severely damaged, and it was judged that repair during the race was impossible. Unfortunately, the team decided to retire from the Nurburgring 24-hour race before 6 am.

Subaru was unable to win its seventh class win but look for Subaru and Subaru Tecnica International to return with a new 2023 Subaru WRX STI NBR next year.