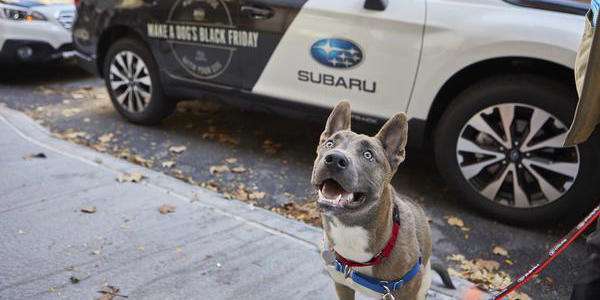 On Black Friday, when retailers are offering huge sales, Subaru won’t be going anywhere near the shopping malls. They want you to #OptOutside with your dogs.
Advertisement

Subaru of America wants you to be un-American and ignore the biggest sales event of the year. They want you to #OptOutside with your four-legged friends on Black Friday. Subaru is capitalizing on two passions of many Subaru owners.

Subaru is bringing together two passions of Subaru drivers, the outdoors and pets, and is encouraging owners across the country to #OptOutside with their pets and share their outdoor adventures on social media leading up to and on Black Friday itself.

It’s actually for a good cause and will be used as a fund raiser for ASPCA (The American Society for the Prevention of Cruelty to Animals), one of the causes Subaru supports. From November 16, 2016 to November 27, 2016, Subaru will make a $1 donation to ASPCA up to $50,000 for every photo of pet lovers enjoying the outdoors with their pet posted publicly on Facebook, Instagram and Twitter, and tagged with #OptOutside and #MakeADogsDay.

Subaru is piggy-backing on an idea REI had last year, where they encouraged their customers to #OptOutside on Black Friday. The idea resonated with Subaru, and they’re giving the idea a go in the US.

On Black Friday, when retailers are offering huge sales, Subaru won’t be going anywhere near the shopping malls. Subaru of America will provide a fleet of Outback vehicles, with drivers, to take dog owners in New York City and their four-legged friends outdoors for a day.

So this Friday, load up the dogs in your Subaru Outback or Forester and get outside. Subaru wants you to choose trails and tails over hectic sales on Black Friday.