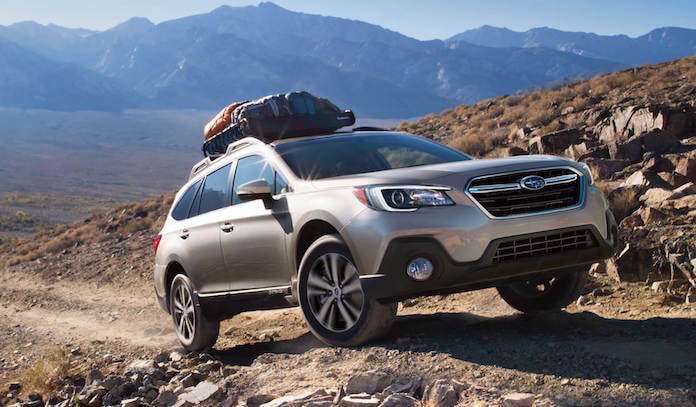 Subaru USA has done it again. They had another record year with Outback, Crosstrek and Impreza scoring best months ever.
Advertisement

Subaru just finished another record year in the U.S. with the new-generation 2018 Crosstrek, all-new Impreza and Outback leading the way. The three models were the only vehicles in the lineup showing gains for the year. Forester, WRX/STI, Legacy and BRZ were down from the previous year. It was mainly due to the all-new Crosstrek and Impreza models that were updated with the new Subaru Global Platform. Consumers responded in a big way to the new models with new design language and improved driving dynamics.

They finished the year strong with the automaker’s best-ever sales month in December with sales of 63,342 vehicles. This topped the previous best month of August 2017 with 63,215 vehicles sold. December also marked the tenth consecutive month of 50,000 plus vehicle sales for the Cherry Hill, N.J. automaker.

The 2018 Outback (188,886) is the top dog in the lineup again for the second straight year beating Forester (177,563) as Subaru’s number one selling all-wheel-drive vehicle in the stable and setting a new sales record for the year. In addition to Outback, it was also the all-new Crosstrek compact SUV, Impreza compact sedan and 5-Door leading the way with each also achieving new annual sales records.

Subaru starts the new year with plenty of momentum with the 2018 Outback, Crosstrek and Impreza models leading the way. Now they begin celebrating a big anniversary in 2018. Next month will mark their 50th year in the U.S., and they have 50th anniversary edition models of every vehicle in the lineup on the way. Subaru will also launch the all-new 2019 Ascent 3-Row family hauler this summer, the new-generation 2019 Forester is coming this fall, and a new Subaru Hybrid model will also make its debut in 2018. Stay tuned.