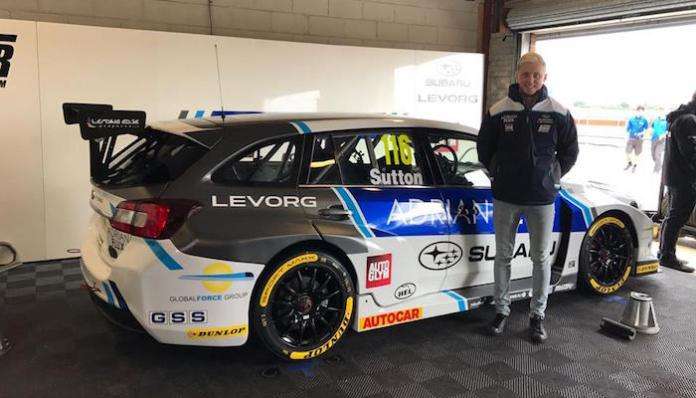 Subaru has a new rising star and he’s in the British Touring Car Championship. Who is Ash Sutton?
Advertisement

Subaru’s new rising Star, Ash Sutton, scored a double victory and is now challenging for the British Touring Car Championship {BTCC) driver points lead. It was a huge weekend for Adrian Flux Subaru Racing and Sutton driving the #116 Subaru Levorg at the BTCC race at Snetterton. Ash Sutton finished the day with two victories. With the wins, Sutton now sits in fourth place in the BTCC standings. It’s quite an achievement for the young driver.

Who is this rising star for Subaru and Team BMR? Ash hails from Sheering in the UK, he’s 23 years old, and he made his debut in 2016 after winning the Renault Clio Cup United Kingdom in 2015. He has 4 poles, and now 5 wins for Subaru driving the rear-drive Levorg sports tourer for Team BMR. His rise has not been an easy one.

Ash was first introduced to Motorsport through karting at the age of 6. After the occasional Sunday outing, he “caught the bug” and went to on to learn the craft of race-driving in a Formula Vee. In 2011, he was involved a road car accident that could have ended his career after spending the next 2 and a half years in and out of hospitals due to necessary operatic procedures and injuries.

In 2014 Ash made his return to racing and secured a drive in British MSA Formula Ford where he won the Scholarship Championship and third in the overall Championship despite the fact he missed three rounds. Warren Scott, BMR Team Principal, saw his potential and and asked him to drive for Team BMR in the Renault UK Clio Cup. He went on to win the Championship and secured a manufacturers drive for Adrian Flux Subaru Racing.

It looks like Subaru and Team BMR has a rising star in 23 year-old Ash Sutton, who won two out of three races this weekend driving the #116 Subaru Levorg at Snetterton. He sits just 11 points behind Gordon Shedden, who won the title last year, for the driver’s championship standings. Next up is Knockhill Aug 12-13. Stay tuned.