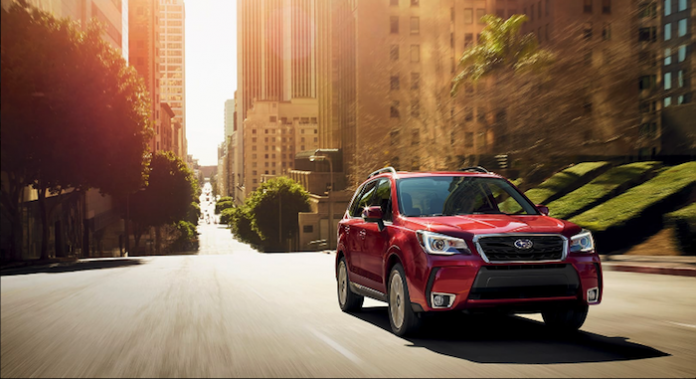 Subaru Hit With Another Lawsuit; Its Forester Attracts Rats

Another lawsuit has been filed against Subaru; Its Forester attracts rats?
Advertisement

Subaru can’t catch a break. Now they have another lawsuit filed against them for one of its vehicles attracting rats. Yes, you read that right, it’s true, a class-action lawsuit has been filed against the Japanese automaker for a Forester attracting rodents. They’ve had oil-consumption lawsuits, engine defects in the WRX/STI, spontaneous windshield breakage in Outback and Legacy models, and now a customer in Hawaii says her 2015 Subaru Forester attracts rats. Really?

According to a report by Hawaii News Now, there’s a new class-action lawsuit against Subaru Corporation alleging rats are attracted to certain car parts in the 2015 Forester. Maui resident Diane Shuey, discovered she had a fuel leak. The Hawaii resident took the Forester to her local Subaru dealer and they discovered the problem, rats had chewed through her vehicle's main fuel line. “They told me that thing could have caught on fire.”

Shuey says the problems with the rats have cost her more than $3,000 in repairs because “rat issues” are not covered by the vehicle’s new car warranty. She contacted an attorney who filed a class-action lawsuit last week charging Subaru with making a change to soy-based plastics for wiring insulation and fuel hoses that rats apparently find too tempting to pass up.

Subaru's local dealer declined comment on the specifics of the lawsuit, but instead issued this statement: "Our customers and their safety are our priority and, as we do with all vehicle complaints, our policy is to work with each customer to try to reach a mutually agreeable resolution.”

Honolulu, Hawaii Attorney Chris Bouslog, who filed the suit said, the lawsuit seeks a full refund of the cars costs, since costs to replace each of the soy-based wires and hoses would be too extensive. Shuey says she's tried using rat traps “and all kinds of home remedies” to get rid of the rodents with no success. "It was a nightmare after just two months of driving this thing, and it has continued for two years, I love my Subaru. I'm so frustrated and I'm very disappointed in Subaru Corporation” says Shuey.

According to a report by Forbes, this is not an unusual problem and other automakers like Volvo have experienced the same problems with rodents eating soy-coated wires and causing extensive damage. It’s not just Subaru and Volvo, apparently Honda, Toyota and other automakers seem to be experiencing chewed up wires, too and it’s an industry-wide problem. In fact it’s such an auto industry problem, Consumer Reports even wrote a piece on “How to Protect Your Car From Rodents” article for consumers in July of this year.

Subaru Corp has been beset with other lawsuits and internal issues in Japan dealing with improper vehicle inspections. Now its Subaru Forester is being attacked by rats. Subaru can’t seem to catch a break.