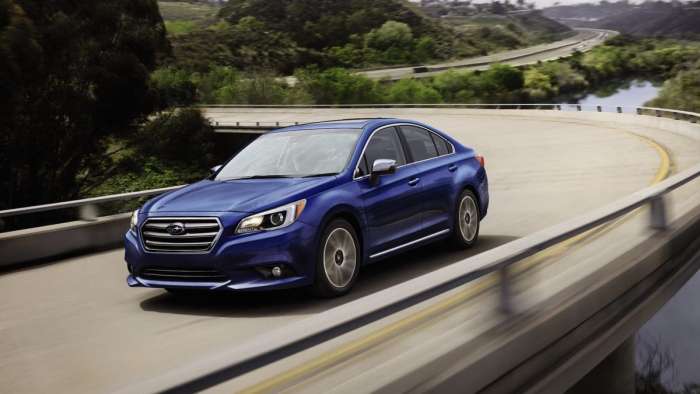 How reliable are a five-year-old Subaru Forester, Outback, and Crosstrek? Check out what Consumer Reports says about Subaru's best used model.
Advertisement

With the new car shortages, you may be looking for a used Subaru model. According to a new study from Consumer Reports (by subscription), Subaru only ranks twelfth out of twenty-three car brands with the most reliable five-year-old models. However, they did say the Subaru Legacy is a top pick again among midsize sedans and says it wins the category for five-year-old models. 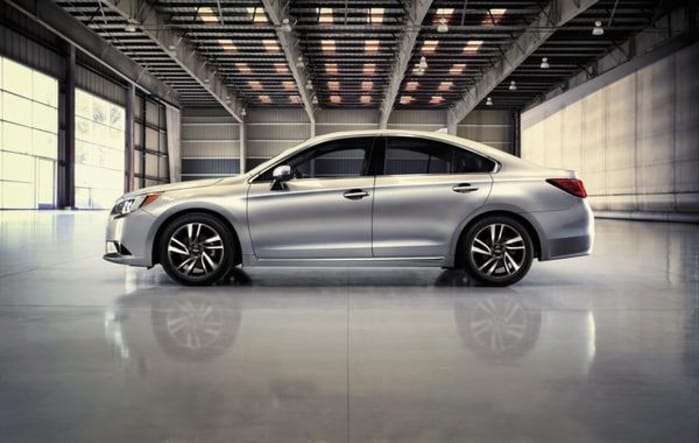 The 2017 Subaru Legacy is a top pick by Consumer Reports

The Subaru Legacy is the top midsize sedan model that's five years old. Consumer Reports says it's reliable and fuel-efficient, and they missed an important feature. We would add that it's one of the safest sedans you can buy. Check out the IIHS and NHTSA safety scores below.

Consumer Reports says, "The Legacy blends a comfortable ride, responsive handling, simple controls, and great visibility. The quiet cabin provides plenty of room for the driver, a large rear seat, and an easy-to-use infotainment system. Every trim comes standard with AWD, a boon in snowy climates. Yet there's a minimal penalty at the pump at 26 mpg overall." 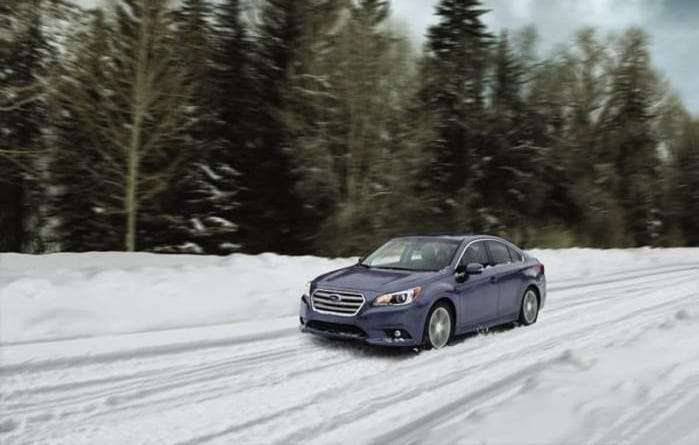 What is the price of the 2017 Subaru Legacy?

What is the Legacy fuel mileage?

CR says the Legacy gets an owner reported 27 mpg. The EPA fuel mileage estimates for the 2017 Legacy are 25/34 city/highway and 29 combined mpg.

Consumer Reports says it's reliable and fuel-efficient, but they miss one of the midsize sedan's most essential features; its safety rating.

What are Legacy's safety scores?

The 2017 Legacy earned the highest Top Safety Pick+ safety score from the Insurance Institute for Highway Safety (IIHS) and received a five-star rating from the National Highway Traffic Safety Administration.

New for the 2017 model year, Limited and Touring trim models get safer. The Legacy comes with reverse automatic braking, which detects objects when reversing and automatically triggers an alert and brakes the vehicle to avoid a collision. The headlights are improved, come with high beam assist, and are standard for 2017 Legacy models.

You likely won't find a 2022 Subaru Legacy sedan, so check out the 2017 model year. Consumer Reports says it's one the most reliable midsize sedans. We would add it's also one of the safest models you can buy.

You Might Also Like: Consumer Reports' 6 Most Reliable New Sedans for 2022 - Subaru Legacy Is A Top Pick If You Can Find One

Dreaming of the... wrote on May 7, 2022 - 6:06pm Permalink
Mercedes Benz in the top 5 for reliability, I doubt that. I also read another report a few days ago saying Subarus are one of the most reliable cars you can get. So not sure who telling the truth. Lol
Marian Pettibone wrote on May 8, 2022 - 1:20am Permalink
There is a class action lawsuit regarding 2015-2020 Subarus and a problem with “phantom battery drain” due to a software problem. A feature that is supposed to go to sleep when engine is off, does not, causing battery drain over time.
Steve Roth wrote on May 8, 2022 - 11:18am Permalink
I subscribe to Consumer Reports and recognize its tendency to issue flawed reviews. For example, they recently gave top scores to decent but far-from-best cameras. Regarding Subarus, we recently traded in 1999 and 2006 Foresters for newer ones. They are the most reliable cars we have ever owned.
Keith Kraus wrote on May 8, 2022 - 1:29pm Permalink
I just got rid of my 2015 Forester. It was approaching 3k in repairs with low mileage. I had enough when the horn stopped working at $500 to repair. I never had a horn die. There were suggestions that the 2015 may become a “worst of” year for the Forster. It became a love/hate situation. Im now in a Toyota RAV4, smaller but so far very reliable and no surprises in repairs. Not as comfy, but I don’t drive more than 7k annually.