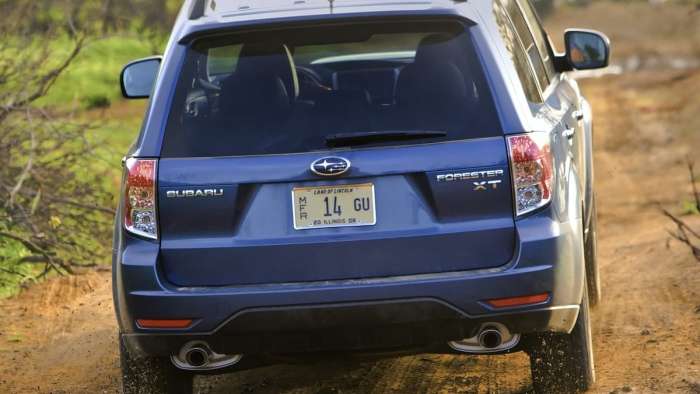 The longer an owner holds onto a vehicle tells a lot about the brand and the model. On the most recent iSeeCars list of Top Vehicles Owners Keep for 15 Years or Longer, Forester is kept longest by owners of any Subaru model in the lineup. Forester ranks number 5, ahead of top rivals Toyota RAV4 (#6) and Honda CR-V (#8). The top four models are the Toyota Highlander, Sienna, Tacoma, and Tundra.

Forester moves up from the number 10 spot last year, and number 13 the year before with 12.8 percent of owners keeping their Forester 15+ years. That’s 1.7 times longer than the average for all cars (7.7 percent). And Forester owners are keeping their vehicles longer. Forester moves up from 12.1 percent in 2019 and 11.5 percent in 2018. In the Top-10 SUVs, owners keep the longest, Forester ranks number two behind the Toyota Highlander. 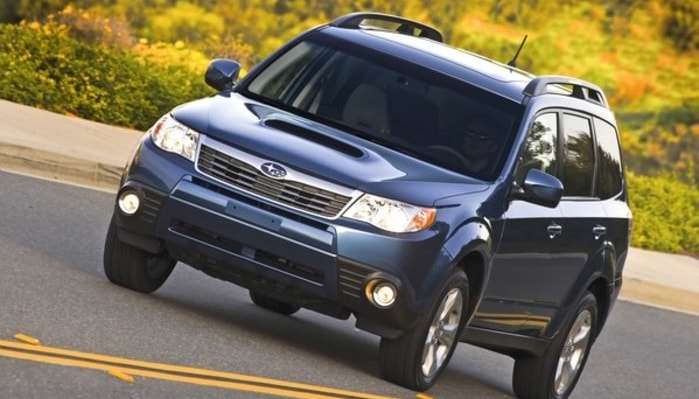 Forester is the top Subaru model owners keep the longest

Why is Forester so popular with owners?

iSeeCars CEO Phong Ly says, ”The Subaru Forester offers standard all-wheel drive and impressive fuel economy, which appeal to practical consumers who are diligent about scheduled maintenance and want to prolong the life of their vehicles.”

iSeeCars.com analyzed over 350,000 cars from the 1981-2004 model years sold in 2019. Toyota and Honda models dominate the list this year as in past years. The Subaru Forester being on the list again is no surprise. The compact SUV has long been known for its longevity and being owned by families that hold onto their vehicles for many years. They even pass them down to new drivers in the family. 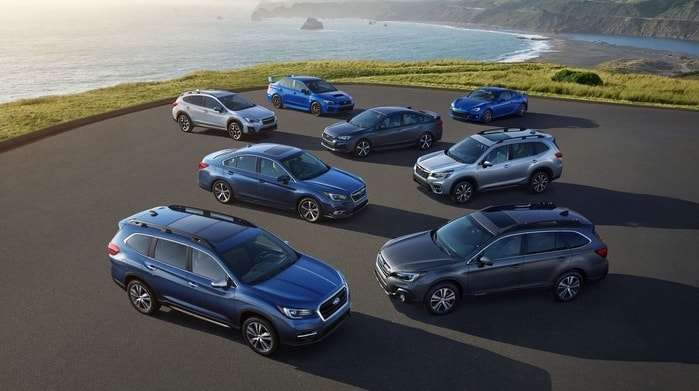 Where is the Subaru brand in the study?

Subaru’s best-selling model, Outback, doesn’t make the top-15 list but comes in at 7.7 percent of 15+-Year-Old Cars Kept by Original Owners. The Subaru Outback wagon does rank number one in one-owner long-term satisfaction. In the Top 10 Brands Owners Keep for 15 Years or More, Subaru ranks number two at 11 percent. Like Forester, all Subaru owners are keeping their vehicles longer. Subaru moved up from number three on the list last year (10 percent) now passing rival Honda.

Toyota is number one again this year at 12.7 percent. Honda dropped to number three with 10.6 percent of owners keeping their vehicle 15 years or more. Hyundai, Mazda, Lexus, Kia, Nissan, GMC, and Chevrolet round out the top 10 list.

How satisfied are Subaru owners with their all-wheel-drive vehicles?

Consumer Reports announced last year which brands satisfy drivers most after living with their vehicles for three years. That study reveals the Subaru brand comes in at number four behind luxury brands Tesla, Porsche, and Genesis. Subaru is the top mainstream automaker when it comes to overall owner satisfaction. CR’s report is an evaluation of car owners, and not CR’s editors.

Owners are holding onto the Subaru Forester Compact SUV longer than top rivals Toyota RAV4 and Honda CR-V, Subaru is now number two in America, passing Honda, and now only ranks behind Toyota for its entire vehicle lineup being kept longest by their owners.

You Might Also Like: Vincentric Says Your Best Buy For The Lowest Ownership Costs Is Now A New Subaru Not Toyota or Honda

Alan Sach wrote on January 29, 2020 - 3:35pm Permalink
Subarus are great cars and it is not surprising that the Forester would be on this list. Curious, however, how it stacks up against the CRV and Rav 4 regarding COST of ownership. Unfortunately, Subarus have a reputation for having very specific and very costly problems. Obviously, not every Subaru has these issues and many go two or three hundred thousand miles without a hitch, but enough do to create the reputation. CVT problems, valve issues and head gaskets. Most Subaru owners seem to love their car so much that they take it in stride and just fix them, but as much as I wanted a Subaru (there really is no competition for a reasonably priced REAL AWD family car), I just bought a slip and grip CRV because of them.
Sir Fartzallot wrote on January 29, 2020 - 3:45pm Permalink
I think everyone is keeping their vehicles longer these days, due to the price of used vehicles, being higher than normal. Let's not forget that current Subaru vehicles suffer from random windshield cracking and the ridiculous cost to replace them, with another windshield that ends up cracking as well. I'd be holding onto my older model as well. Finally, where are you obtaining this data from and what is the data sample?
Jo wrote on January 30, 2020 - 8:13am Permalink
My 2020 Forester got a windshield crack at 200 miles and first ten mins on an interstate. Something super small hit it and it instantly cracked 10 inches, dead center from bottom - which in a couple weeks grew to 14 or so before replacing. Being age 50 (yikes) I've owned a lot of cars. I generally replace a windshield every 100k miles or so. I'll often drive a couple years if I get a little ding in the windshield before it cracks enough to replace. This was instant. Usually, the piece of gravel or whatever just makes a little hole that takes forever to spread, or maybe I get a one inch crack that takes months or years to spread. This instant crack must be design related. Love the car in every other aspect. Not looking forward to more windshield replacements. Great car, not great windshield.
Todd Thornhill wrote on January 31, 2020 - 3:41pm Permalink
You people are so oblivious the problems that happen with Subarus are the same problems that happen with Toyota. THEY ARE BOTH OWNED BY FUJI HEAVY INDUSTRIES!!! My parents own a 2011 Toyota Yaris and the front window cracked with just a stone chip, same with my dads 2012, 2013, 2014, 2016 Toyota Rav4s' the front window had a chip and the crack spread across the front window. Takata airbags are also put in Toyota's, Subaru's and Honda's so if you get a recall on that vehicle ITS THE SAME DAMN COMPANY!!!!
Todd Thornhill wrote on January 31, 2020 - 3:35pm Permalink
Sorry, to tell you but Toyota and Subaru are owned by the same company Fuji Heavy Industries. I own a 2015 Subaru Crosstrek and my mom own a 2011 Toyota Yaris, my dad has went through 4 Toyota Rav4 vehicles and guess what all five of the Toyotas had the same windshield cracking problem. 2011 Yaris front windshield cracked once, 2012, 2013, 2014, 2016 Toyota Rav4 front windshield cracked once in all of them. I have owned my 2015 Crosstrek for a year and a half and only had the brake light recall which was checked and resolved right away.
Brian Zimmer wrote on January 30, 2020 - 2:03am Permalink
I did a lot of research before I bought my 2015 Forester. No regrets at all! She goes thru the snow no problem, and we love taking it up into the mountains where most vehicles can't go! I do my own maintenance and plan on keeping it for many, many years to come!
Matt wrote on January 30, 2020 - 6:52am Permalink
I currently own a Rav and have have owned a Forester. Until they fix the chronic head gasket issue with Subarus , Toyota gets my vote. All vehicles have quirks but when that means you have to shell out a grand just to fix a known issue, it hurts. Especially an issue / defect that the manufacturer is well aware of for over a decade of production.
Brian Z wrote on January 30, 2020 - 11:43pm Permalink
The head gasket issue has been resolved...
Todd Thornhill wrote on January 31, 2020 - 3:43pm Permalink
Toyota & Subaru are owned by the same company (Fuji Heavy Industries) the only difference is Subaru uses a boxer engine same as Porsche, whereas Toyota uses inline engines which are more catastrophic in an accident.
Lili Vuscan wrote on January 30, 2020 - 9:54am Permalink
Why you do not mention who's on top of the list? And how many Toyota models made the top 15 of that list?
Annette Walker wrote on January 30, 2020 - 6:41pm Permalink
The top four models are the Toyota Highlander, Sienna, Tacoma, and Tundra. (Per the article.)
Adam wrote on January 30, 2020 - 5:51pm Permalink
The f-series motor in my 2011 Forester sucks! Endless trips to the dealer/shop for oil leaks. Only reason why I'm keeping it is for the all-wheel drive and decent fuel economy. Sorry Subaru, but I'm going Toyota next time.
Todd Thornhill wrote on January 31, 2020 - 3:45pm Permalink
Why did you swap the boxer engine for a shitty Ford engine????
Adam wrote on February 1, 2020 - 10:08pm Permalink
Todd Thornhill Clearly you are not familiar with the F series 2.5 short block Subaru produced for the Forester. They started using it for 2009 after they stopped the EJ series. And yes, both Subaru and Toyota have financial affiliations via HFI. But HFI does not actually produce Toyotas and go forever without having head gasket issues and oil consumption lawsuits. I'm sticking with "Toyoda" products.