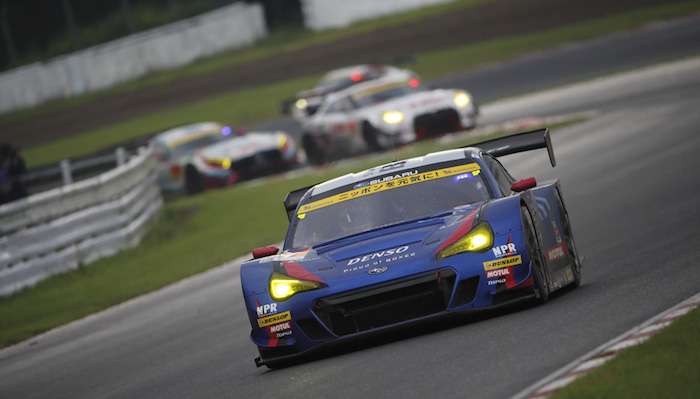 The Subaru BRZ GT300 missed the podium at Fuji Speedway coming in 4th place. Why is BRZ struggling?
Advertisement

The SUBARU BRZ started Round 5 at Fuji Speedway this weekend in 5th place and finishing 4th missing the podium again. It’s been a tough year for the Subaru BRZ GT300 team as they don’t have any wins and no podiums in 5 races so far this year. They finished behind the much faster BMW M6 GT3 who won the race, and finished closer to the Hatsune Miku Mercedes AMG and Toyota Prius GT, but still came in off the podium in P4. They had much different results last year at Fuji Speedway.

The team of R&D Sport directed by team manager Eiji Tatsumi, qualified in fifth place which is well back in the pack. But they did move up one spot during the accident-free race to claim 4th position when the checkered flag came out. It’s not what the team expects and they are disappointed again.

It was a clean race with no accidents and no safety car to slow down the SUPER GT race cars. The team felt the BRZ was good in the corners, keeping up with cars in front, and then the drivers, Takuto Iguchi and Hideki Yamauchi couldn't catch the faster BMW M6 GT3 on the straight.

Tatsumi, said "The tires were stable, the drivers were always able to attack at the maximum, pit work was smooth, the whole team was racing with 100 percent efficiency, and we still finished 4th in a perfect race. However, there is a feeling that something has to be fixed."

Next up for the Subaru BRZ GT300 is the 6th round at the 46th International Suzuka 1000 km on Saturday, August 26-27. It’s the longest race of the series set in Suzuka Circuit in Suzuka City. The team has a short time to get whatever problem they have fixed in time. Stay tuned.