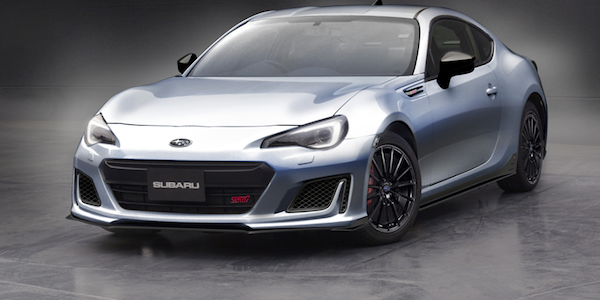 Subaru and Subaru Tecnica International will bring four new STI models to the Tokyo Auto Salon 2017. The Impreza STI is one and Subaru needs it.
Advertisement

Subaru said they would be bringing out new STI models to their lineup and this is the result of that announcement made earlier this year. These are just concept cars, but it’s a move by Subaru to bring out new performance models that step up the STI presence in the lineup.

The BRZ, WRX S4, and Levorg STI models are not a surprise, but the new 2017 Impreza STI is the big news. This would be a model that would compete with the new 2017 Nissan Sentra NISMO, Ford Focus RS with a performance package and the Honda Civic performance model expected in the US.

Why Subaru needs the Impreza STI

Up until now, their audience has been predominantly young females who have purchased the compact car. Subaru could go after a new demographic not targeted before with the performance Impreza, a young millennial male market that hasn’t been interested in the Impreza compact sedan. But Subaru could change all that.

The new 2017 Sentra NISMO uses the same 1.6-liter turbo four-cylinder engine introduced in the Sentra SR. It produces 188 hp with 177 pounds-feet of torque. It wouldn’t be hard for STI to pump up the Impreza’s 152hp 2.0-liter naturally aspirated engine to get 30 extra horsepower. The 2017 Impreza 2.0i Sport already ramps up the fun-to-drive meter as it comes with a sport-tuned suspension and Active Torque Vectoring for driving enthusiasts. On the outside, it comes with a rear spoiler and 18-inch alloy wheels.

All Subaru Tecnica International has to do to the new 2017 Impreza Sport 2.0i is to bump up the horsepower, add some sporty body panels, offer it in hatchback body style and they have a new model for those not wanting the WRX sedan.