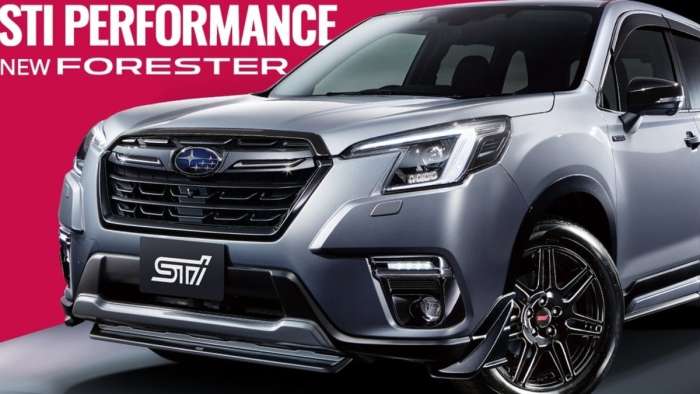 The 2022 Subaru Forester is coming and gets a new aerodynamic body kit from Subaru Tecnica International. Will U.S. performance enthusiasts see them?
Advertisement

Subaru Corporation will officially reveal the 2022 Subaru Forester in August with a refresh. That’s likely when Subaru of America will announce the 2022 Forester model change. The Forester compact SUV comes with a new front facia and grille, new wheels, a new exterior color, an improved suspension, and next-generation EyeSight.

Subaru Tecnica International (STI) has just revealed a new aerodynamic body kit and accessories for the refreshed 2022 Subaru Forester. Unfortunately, they are only for customers in Japan. STI typically offers its performance goodies for most models, including the Forester compact SUV, but only in Japan. 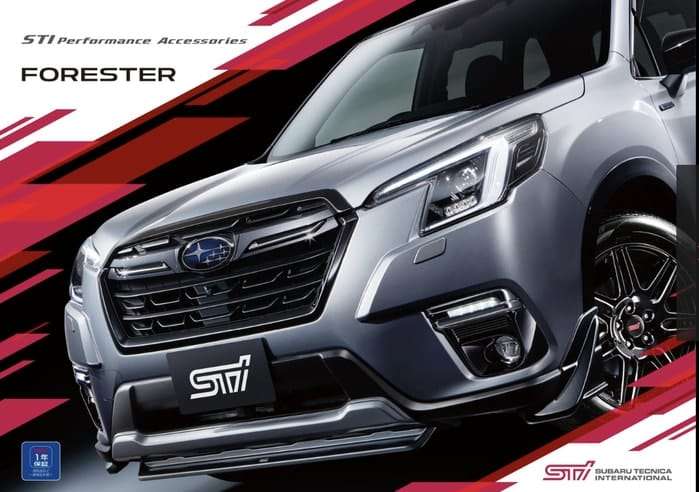 There has been speculation that Subaru and Subaru Tecnica International would offer performance enthusiasts a Forester STI with engine and suspension upgrades, but it hasn’t happened yet. The only actual STI model has been the Subaru STI S209, released in 2019. The limited-edition 341-hp STI S209 was built for U.S. customers only.

Subaru of America has never offered STI performance parts for the Forester compact SUV, and we don’t expect the 2022 Forester will get them either. Here is what performance enthusiasts in Japan get for the new 2022 model change. 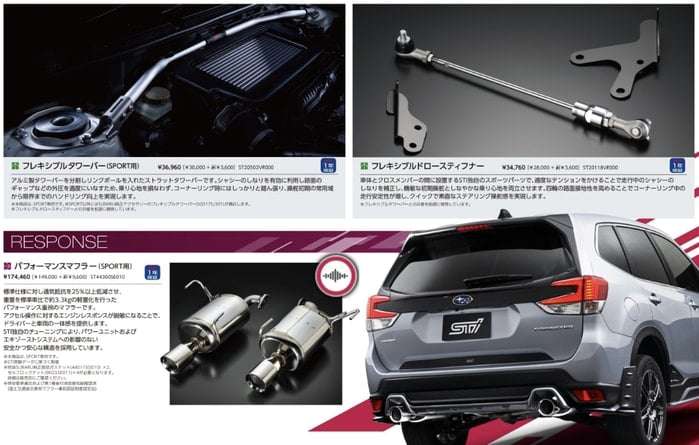 The STI performance catalog says the 2022 Forester can be upgraded with an aerodynamic body kit with front and rear under spoiler, performance mufflers, engine tower bar, front stiffener, and assorted accessories.

The retailer launch for the 2022 Subaru Forester will be later this summer, but it could be pushed back to early this fall, 2021, because of the recently announced plant closure in Gunma, Japan, in July. Subaru Corporation says there will be an August. 2021 reveal.

Subaru of America has not released information or pricing on the 2022 Forester, but we know from sources close to Subaru, the 2022 Forester Wilderness is coming this year. Torque News will publish the announced U.S.-specification upgrades when the Camden, N.J. automaker reveals the 2022 Forester compact SUV changes.

The 2022 Subaru Forester is coming this summer and gets a new body kit and other performance parts from Subaru Tecnica International, but they aren’t available for U.S. performance enthusiasts.