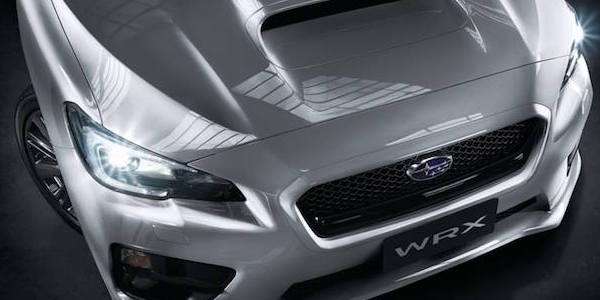 Subaru’s 2016 WRX sports car is the safest small compact performance car on the planet. Why is it nothing new for Subaru and WRX?
Advertisement

It’s been Subaru’s goal to be the overall safety leader and the Japanese automaker has been doing it since 2009. Subaru announced the 2016 WRX is now a IIHS 2016 TOP SAFETY PICK+ (TSP+), along with receiving the highest possible rating of “Good” for five crashworthiness tests as well as “Superior” for front crash prevention.

All Subaru vehicles have achieved the 2016 TOP SAFETY PICK+ (TSP+) rating from the Insurance Institute for Highway Safety including the 2016 Subaru WRX. It’s not new for Subaru to get these top ratings. The Japanese automaker has been awarded IIHS Top Safety Picks 8 years running 2009-2016 for all their vehicles. Subaru’s 2016 WRX, Forester, Outback, Crosstrek, Impreza, and Legacy all are deemed the safest by IIHS for 2016 again.

Subaru’s EyeSight is the reason they keep piling up these awards in all their vehicles. EyeSight was the first system ever to use only stereo camera technology to detect the objects such as vehicles, pedestrians and cyclists. Features available on this system include pre-collision braking control and all-speed range adaptive cruise control tracking function. Fuji Heavy Industries, parent company of Subaru, keeps enhancing the system that improves preventive safety performance in their vehicles.

When equipped with Subaru’s EyeSight driver assist technology, the 2016 WRX and its stablemates all achieved the highest possible score of 6 points from the IIHS. The only vehicles missing from Subaru’s lineup were the BRZ sports coupe and WRX STI performance sedan because they aren’t offered with EyeSight.

Even though Subaru has a loyal following of performance fans with the WRX, Subaru has stated they want to keep their customers trust. Subaru doesn’t seem to be satisfied with where they are at in the area of performance safety. They continue to build the safest performance cars on the planet. Subaru’s goal is to “become the #1 brand for overall safety with "All-Around Safety" protecting all passengers and pedestrians.”

When equipped with Subaru’s EyeSight, the 2016 Subaru WRX performance sedan continues to be the safest small sports car on the planet. It earns the 2016 TOP SAFETY PICK+ (TSP+) rating from the Insurance Institute for Highway Safety again.