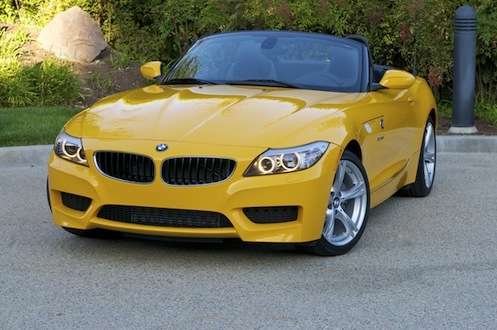 Next generation BMW Z4 to be sportier more agile

The updated BMW Z4 is due out around 2015 and will be a more dynamic sports car than the current two-door roadster.
Advertisement

When you think of the best driver’s cars in the world, the BMW Z4 certainly isn’t the first car that comes to mind. In fact it may not even be on the list. But BMW is planning on changing all that according to a report by Inside Line. They say that “well-placed company insiders” have told them that the next generation BMW Z4 will be more dynamic than previous BMW roadsters. The successor to the current Z4 is due out around 2015.

The challenge for BMW will be to make enough changes to the Z4 to improve it, without alienating buyers who’ve come to appreciate the long hood and compliant suspension. The automaker is attempting to make the next BMW Z4 more agile and sportier to drive like the Porsche Boxter and the Nissan 370Z. But both of those cars have shorter hoods that allow for better weight distribution, while the longer hood of the BMW Z4 will have to be shortened.

To make that possible, BMW will use their N20 engine that is currently offered in the sDrive 28i that offers smaller displacement, but better efficiency and still yields more power and reduced weight according to the report by Inside Line. The smaller engine will allow engineers to shorten the car which will improve the handling characteristics and also improve visibility. While the current BMW Z4 provides plenty of open-air fun on an open road, it still lacks the true sports car performance through tight curves on a two-lane road.

The next-generation BMW Z4 is likely to handle better than the outgoing version due to the better weight distribution by using the smaller engine. But BMW may not want to chop too much off the front end because doing so could alienate fans of the current car with its classic roadster styling. So look for changes, but not as drastic as what the next-generation Ford Mustang will see.

BMW’s design policy moving forward requires all their new cars to look good for 15 years. The carmaker wants the classic design of the older BMW’s to continue to have an impact on the brands image for years to come. Thus, the new BMW Z4 will be designed with just enough exterior changes to change the driving performance, but will avoid any features that would be fade quickly in the buyers eyes. Designers will be keeping a “timeless” perspective when looking to make any changes to the current BMW lineup.

That’s an interesting philosophy because it means that the next generation of BMW cars will have at lease some influence on similar cars until 2030. This is quite different from the approach we see taken by some of the other carmakers like Land Rover, Ford Motor Company, and Hyundai. But who are we to argue with BMW’s design philosophy. They’ve been very successful since they introduced the first 328 sports car in 1936.

Look for the next-generation BMW Z4 to be sportier and more agile than before.