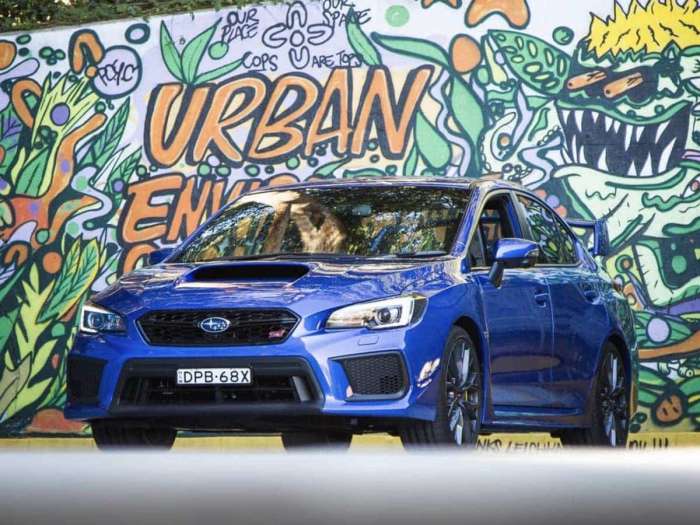 Sales have slipped for the Subaru WRX STI this year, but the performance sedan rebounded in August. See how fans are responding to the newly-upgraded STI.
Advertisement

Before the 2019 WRX STI models arrived this summer, sales of the performance-tuned STI had dropped throughout most of the year. Performance fans were waiting for the 2019 models to arrive. Now that the newly-upgraded 2019 Subaru WRX STI has begun to arrive at Subaru dealers around the U.S., sales have rebounded.

Subaru of America reported 2,523 units sold last month compared with 2528 for August 2017, a drop of just 5 performance models. Last month, the STI saw a big drop in sales (31%) as Subaru Corp made the switch to the newly-upgrade 2019 models. The larger Subaru dealers have been receiving new Standard and Limited STI models in August and it showed up in sales. Subaru doesn’t split out the WRX from the WRX STI, but much of the increase is likely due to the 2019 STI arriving in showrooms last month.

Subaru Corp made upgrades to the 2019MY STI

Performance fans were hoping for a larger power increase than just a 5hp bump, but at least it’s a start for the performance sedan. This was the first power increase since it was first introduced in 2004 in the U.S. market. More revisions are coming to the STI, but it’s still at least two years away.

The Japanese automaker is getting ready to give the WRX/STI a complete overhaul, but Subaru has not announced when we will we see the next-generation model, perhaps in 2020 or 2021. Many fans still want the return of the 5-Door hatch, but we don't know when or if it will return. If it does come back, we wouldn't expect to see it until the WRX/STI rides on the new Global Platform.