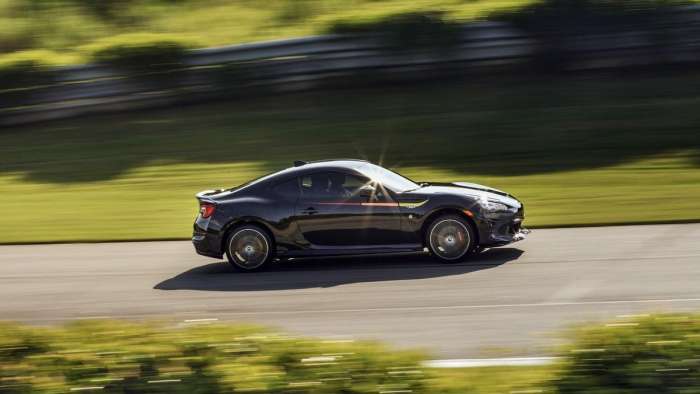 The 2019 Toyota 86 TRD is a limited-run model. What’s special about it?
Advertisement

This week we drive a 2019 Toyota 86 TRD Special Edition 2-Door coupe and see how it performs at high-altitude in the mountains of Colorado, a perfect testing ground. Subaru brings the 2020 BRZ tS and Toyota has the 86 TRD for their loyal customers. Both cars offer more performance for driving enthusiasts than the standard models.

The Toyota 86 TRD SE is a limited-production sports coupe with a run of just 1,418 units. This 86 is upgraded with improved handling and braking performance. The standard 86 is a sports coupe for those who like to drive, the 86 TRD is for those who love to get behind the wheel and push it to the limit. 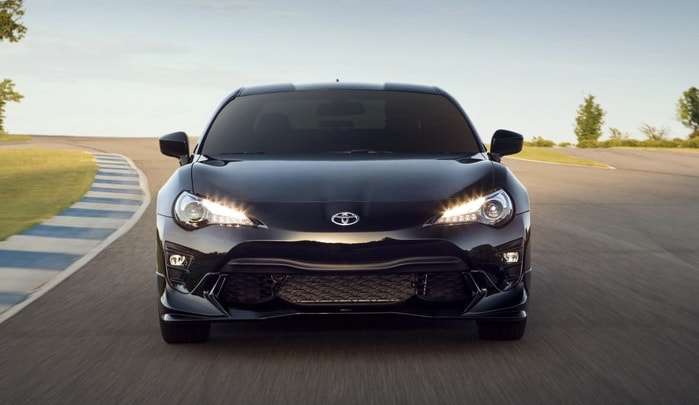 The 86 TRD gets performance upgrades that include 18-inch wheels, upgraded dampers, Brembo brakes, and high-performance tires, all which contribute to improved handling. Exterior touches include unique front and rear bumpers, and an upgraded exhaust system. Inside, the TRD SE brings red and black bucket seats with contrast stitching and red seat belts. Total MSRP as tested including destination: $33,390. 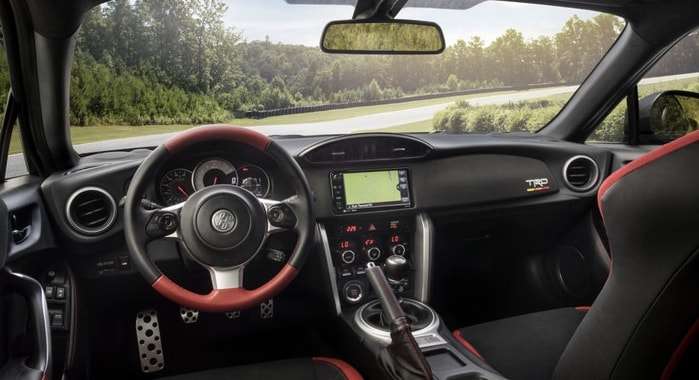 The cockpit of the Toyota 86 feels like you are strapped into a fine race car. The interior is simple and purposeful with everything you need at your fingertips. The 6-speed shifter falls perfectly in your hand and every control is right where you need it. The 86 sits low to the ground and you can drop right into the sports coupe because of its long doors. Getting back out will be harder if you aren’t flexible.

Inside the cabin is visually appealing with the leather-wrapped steering wheel’s red accents along with red trim and stitching on the seats and door panels and there is a TRD embroidered logo on the dash.

The front seats are well-bolstered and will hug you tight enough for more spirited driving but they could use a bit more adjustability for added comfort on long commutes. Even though you sit low in the 86, visibility is good and the rear camera can be found on the rearview mirror but we wish the displayed image was larger.

Even though Toyota calls it a four-seater, the back seat is only useful for carrying cargo or maybe a car seat. Adults will not have room to ride even short distances. The rear seat can be lowered for more cargo room, but it’s only possible from the trunk, by pulling two lanyards simultaneously.

The Toyota 86 TRD gets the standard 2.0-liter four-cylinder Subaru-sourced Boxer engine producing 205 horsepower and 156 pound-feet of torque. It's mated to a short-throw six-speed manual gearbox. The 86 is rear-wheel-drive only and is perfect for tight mountain corners or a trip to the track.

EPA fuel mileage estimates come in at 21/28 city/highway mpg and 24 combined mpg. Good luck getting those numbers as you will have a hard time keeping your foot out of the gas.

The Toyota 86 TRD is for driving enthusiasts who want an affordable, superior handling sports coupe. It ramps up the fun-to-drive meter with its retuned suspension and stiffer springs. The SACHS performance shocks showed up in it’s superior covering ability in the corners. We took it up into the mountains west of Denver in the twisty roads near Evergreen. The special edition 86 kept its balance with minimal body roll as we tossed it around the tight curves.

The 86’s rear-drive handling and body control is superb and inspires driver confidence, even without all-wheel drive. The Torsen limited-slip differential gives excellent rear grip on both sides, enabling surefooted exits. On one tight exit from the highway, we took the corner at 35 mph higher than the recommended speed, pushed it hard through the turn, and the sports coupe grabbed the pavement like it had paws.

The TRD’s Brembo brakes also inspired confidence this week as we found out how the 86 stopped us quickly with its improved grip. The sport-tuned suspension is more firm than the standard 86 but still compliant, but it does get bouncy over rough pavement that can result in driver fatigue after a long drive, and the cabin is noisy at high speeds.

The 205 horsepower Subaru boxer engine has enough power for most driving situations, and even at the high-altitudes where we tested the sports coupe. With the 6-speed gearbox, it allowed us to keep the revs high and the power band at optimum levels. The 6-speed manual gearbox engages easily, and the short-throw makes it a joy to drive. 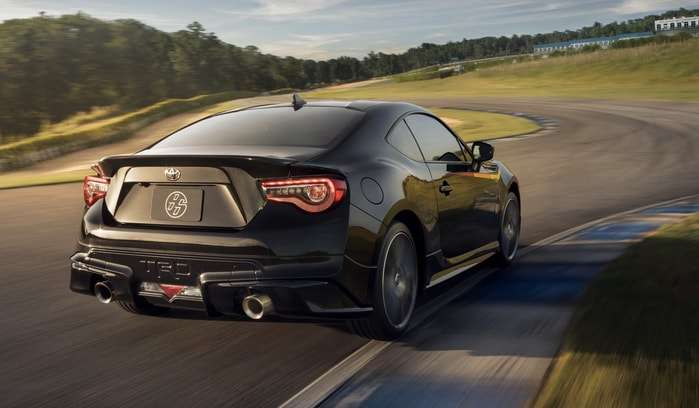 The 2019 Toyota 86 TRD Special Edition offers more grip and control over the standard 86 with an even more well-balanced character. With no changes made to the engine’s 205 horsepower, we came away feeling it needs more power to be a more exciting sports car. Subaru and Toyota engineers are working now on the next-generation BRZ/86 sports coupe which should see more power upgrades. For now, the 86 TRD is a good choice for driving enthusiasts.

Bookmark the TN Subaru page and be sure to follow the latest 2020 Subaru BRZ/Toyota 86 model change reports on Facebook, Twitter, Instagram, Subaru Report. Tweet your Subaru news tips to us @SubaruLegitNews and we'll give you a shout out! Check back tomorrow for more Subaru news and updates.

Denis Flierl wrote on August 30, 2019 - 4:08pm Permalink
What upgrades do you want to see in the next-gen BRZ/86 models?
Digitaldoc wrote on August 30, 2019 - 11:01pm Permalink
The very obvious negative of this vehicle is the lack of power, particularly torque at the lower end. A turbo will fix this handily, but it has been eons in coming. It is a shame as the car otherwise handles and performs pretty well for what it is.

Tesla Contemplates A New Strategy for China Retail even As Sales Boom
Jay Leno on Elon Musk & EVs: “I Think He Should Get ... Credit"
END_OF_DOCUMENT_TOKEN_TO_BE_REPLACED