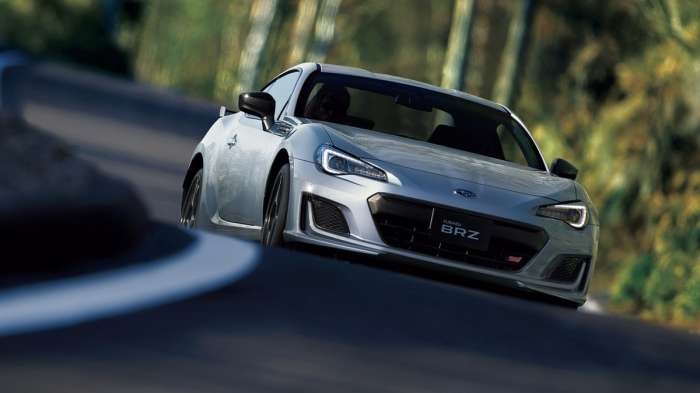 Will the second-generation Subaru BRZ/Toyota 86 ride on a new Toyota platform?
Advertisement

We knew the Subaru BRZ/Toyota 86 duo would see a second-generation model but new reports say the sport coupes could get an entirely new platform to ride on. Subaru is introducing all new-generation models like the Impreza, Crosstrek, Forester and now Outback with the Subaru Global Platform (SGP) that is stronger than the old architecture. But BRZ and Toyota 86 won’t get it.

The reason why Subaru Corporation and Toyota Motor can’t use it is because it’s an all-wheel-drive setup. The BRZ and 86 are rear-drive and it won’t work for the new-gen models. Torque News has reported Subaru and Toyota will never build an AWD BRZ/86. Converting the coupe to power all four wheels would change everything from handling, the car's low center of gravity, it has the driving dynamics of a more expensive sports car, and all-wheel-drive would mess up the dynamics in a big way.

Tom Doll CEO of Subaru of America was interviewed at the New York Show at the new 2020 Outback reveal, and told Motoring the sport coupes would remain rear-driven and could be built on Toyota underpinnings and not the new SGP. In the interview, Doll said, ”It's a very flexible platform, but we make all-wheel drive vehicles. That's our forte, all-wheel drive."

An unconfirmed Subaru source at the New York Show said the second-generation BRZ/86 will either keep its current platform or the two Japanese automakers could switch to Toyota’s TNGA platform, which the latest Prius, Corolla, C-HR, Camry, and RAV4 ride on. The Toyota architecture offers a lower center of gravity, reduced body roll, more responsive steering, and reduced weight. All factors would enhance the new-generation BRZ/86 sports coupe.

Subaru and Toyota will keep the Subaru Boxer engine as its powerplant. Toyota’s European marketing boss Matt Harrison told Autocar recently the next-generation 86/BRZ will keep the Subaru Boxer engine and transmission. The two automakers chose it in the first place because it sits low in the chassis and gives the two-door sports coupe a lower center of gravity producing its dynamic driving characteristics. It’s what puts the models high on the fun-to-drive meter.

It has not been confirmed what flat-four Subaru Boxer engine will power the new BRZ/86 or when it will arrive. It could be another year before the next-generation Subaru BRZ/Toyota 86 sports coupe is revealed. Stay tuned.