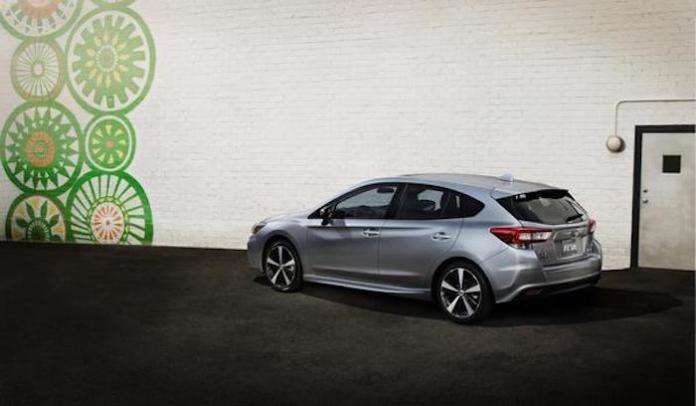 New Subaru Impreza Impresses Around the Globe; Will European Millennials Buy it?

The all-new 2017 Subaru Impreza is making a big splash around the globe. Will European millennials buy it?
Advertisement

The all-new 2017 Subaru Impreza is impressing buyers all over the globe. It’s the first new-generation Subaru to get the new Subaru Global Platform and it’s also now being made in the U.S. plant in Lafayette, Indiana. Subaru has been selling in record numbers in the U.S., Canada and Australia, and now it’s going to make its European launch this fall. Will European millennials buy it?

Europe is the last global market to get the new Impreza sedan and 5-Door compact, and it will make its debut at the 67th Frankfurt International Motor Show on September 12. Impreza was full-redesigned by Subaru and it comes with a 5mm lower center of gravity, improved handling stability, hazard avoidance and increasing steering response. The new Impreza gets new safety features that will make it the safest compact on the road. It now comes standard with Subaru’s EyeSight advanced driver assist technology.

European millennials will likely snatch up the Impreza sedan and 5-Door in big numbers like their North American and Australian counterparts. In the U.S., where the Impreza is now made in Lafayette, Indiana, the compact car was up 57.4 percent with 7,858 vehicles sold. In Australia, the all-wheel-drive Impreza is a star performer for Subaru with sales of 1,212, up 72.9 percent. In Canada, Impreza achieved a new record with 1,011 units sold for a 31.8 percent increase over last June.

The 2017 Impreza has been getting plenty of awards around the globe. The new compact was awarded Japanese Car of the Year in December 2016. Impreza has also received the highest safety scores at crash safety evaluations in Japan (JNCAP), the U.S. (IIHS) and Australia (ANCAP). In the U.S., Impreza made the Wards 10 Best Interiors list for interior design and styling, and for its easy-to-use multimedia system.

The first Subaru Impreza was launched in 1992 and its been growing in popularity around the globe ever since. The rally-bred Impreza WRX performance model put the all-wheel-drive compact car and the brand on the global map. Subaru has now sold approximately 2.5 million Impreza compact models worldwide and 250,000 units across Europe.

The all-new 2017 Subaru Impreza is already a global success setting new records every month. Now, it will make its European debut at the Frankfurt International Motor Show 2017 on September 12. Look for young European millennials to also snatch up the new Impreza sedan and 5-Door in big numbers.