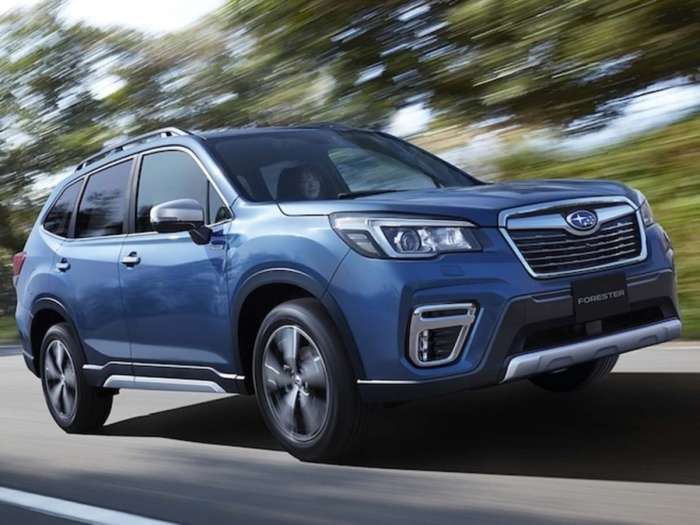 The Subaru Forester is the brand’s number one selling all-wheel-drive vehicle around the globe and it received a major overhaul for the fifth-generation 2019 model year. The all-new 2019 Forester gets a minor refresh outside, but the new Global Platform underneath gives it a larger cabin, improved ride quality and more safety for customers.

The 2019 Subaru Forester just scored a major design award from the 2018 Good Design Awards from the Japan Design Promotion Organization. The judges from the Japan Foundation said the new Forester design has evolved from what was Subaru’s weakness (interior quality) to a strong point in the new 2019 model year. The award praises the Forester’s quality of materials and also the new larger cabin.

While many have expressed disappointment in the lack of exterior styling changes, Subaru Corp didn’t want to mess with the Forester formula of excellent visibility and cargo-carrying ability. Excellent outward visibility is one on the core values for the brand and they aren’t willing to sacrifice for a new raked roof design limiting driver visibility.

The big changes come underneath as Forester grows with its wheelbase increased to 105.1 in. from 103.9 inches. This translates to gains in rear, legroom, headroom, hip and shoulder room. Subaru says the doors have wider openings making ingress/egress and installing a child seat easier.

Subaru also decided to spend more money on new safety technology like EyeSight and the new DriverFocus with facial recognition. Subaru has a goal to be the overall safety leader, and Forester is their flagship model for the new technology around the globe. Forester is number two in sales in the U.S., but the compact SUV is their number-one selling vehicle globally.

Snococlam wrote on October 16, 2018 - 12:00am Permalink
A photo of the interior would be more appropriate to use for an interior design award, no?