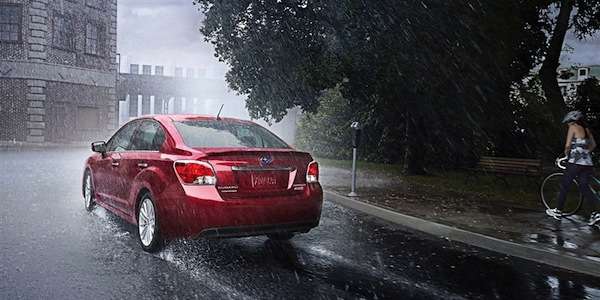 Do you know which brand has the most Top Safety Picks? The new 2015 Subaru Impreza received the highest safety award possible. But this is not new for the brand.
Advertisement

The redesigned 215 Subaru Impreza has achieved the highest safety award possible from the Insurance Institute for Highway Safety (IIHS). 2015 Subaru Impreza has been recognized by IIHS and earns the 2014 TOP SAFETY PICK, and when equipped with the optional EyeSight Driver Assist Technology, the new compact receives the IIHS 2014 TOP SAFETY PICK+ award.

Subaru is committed to building safe vehicles and it’s a core value for the brand that starts in the design stage. And Subaru has more 2014 IIHS Top Safety Pick awards than any other brand. All seven of Subaru’s models in their lineup have earned 2014 safety awards from IIHS.

MUST SEE: New 2015 Impreza will be the safest compact car on the planet

For 2015, Impreza gets a redesign and comes in two flavors; four-door sedan and five-door hatchback models. Impreza gets impressive fuel mileage for an all-wheel-drive vehicle with an EPA estimated rating of 28/37 city/highway mpg and 31 mpg combined. That beats any gasoline all-wheel drive car available in the U.S. and is comparable to mileage of front-wheel drive cars.

Subaru is dedicated to safety in all their vehicles and is the only manufacturer with IIHS Top Safety Picks for all models for the last five years (2010-2014). The new 2015 Subaru Impreza continues the brands commitment to deliver the highest safety possible.