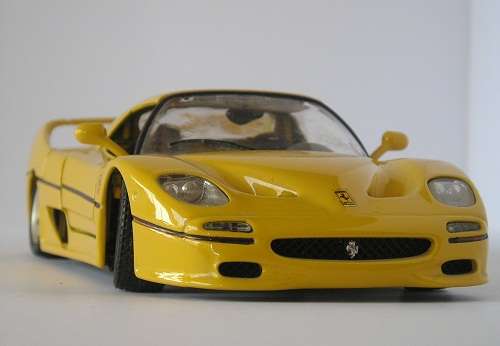 The co-founder of Guess Jeans is bankrupt and his $24.5 million Beverly Hills mansion and 11 Ferrari’s are seized in forced bankruptcy proceedings.
Advertisement

Guess Jean co-founder Georges Marciano had an opulent lifestyle after he had amassed a fortune in the clothing industry. But now his $24.5 million Beverly Hills mansion and eleven Ferrari’s are gone in a forced bankruptcy brought on by a lawsuit by former employees. The poor immigrant has a rags to riches story that is quite amazing as he developed an empire that was worth as much as $500 million.

After arriving from France, Marciano started Guess Inc. in Los Angeles in 1981 with his three brothers. After growing up in poverty, Georges dropped out of school at 15 and got involved in the garment industry. He launched his own line of skintight jeans that were zippered at the cuffs and softened by repeated washings with pumice stone. The Guess brand became a huge hit and his company grew into a multi-million dollar corporation.

Life was good for the self-made man and he began to enjoy the fruits of his labor by buying a 20,000 square foot Beverly Hills mansion on Crescent Drive, antique guns, millions in gold coins, eleven Ferraris, a $16-million, 84-carat diamond he named for his daughter, Chloe, and a valuable art collection that included some Rockwells, Marc Chagall, and Ed Ruscha paintings. He also owned two other palatial residences on Sunset Boulevard, a Boeing 737, a cellar full of priceless wines and homes in Utah and France.

But a lawsuit Marciano initiated against some employees that he was convinced stole from him, backfired when the judge instead ordered him to pay hundreds of millions of dollars to them in damages. In the court proceedings, Marciano was portrayed as a man who had become unhinged from reality. As can happen when someone becomes disconnected to the real world, he started a downward slide that he never recovered from.

Marciano loses the most valuable things in his life

He had a beautiful wife who he had married in 1986 and four children, but after a bitter divorce he lost the most valuable things in the world, his family. Reeling from the divorce, Marciano binged on pain medication, pursued women barely out of their teens and, ultimately, made paranoid accusations about those closest to him, according to allegations in court papers, transcripts of testimony and reports by a sheriff's investigator.

"I do believe it's tragic," said R. Rex Parris, an attorney who represented some of the employees who won libel judgments totaling $425 million against Marciano last summer. "He surrounded himself by people who wouldn't tell him that he was being a jerk, and as sufficient time went by, he started to become disconnected from the world."

It's a tragic story of a man who had everything money could buy, but it didn’t make him happy. And he ended up losing the most valuable things in his life, his wife, family and friends.