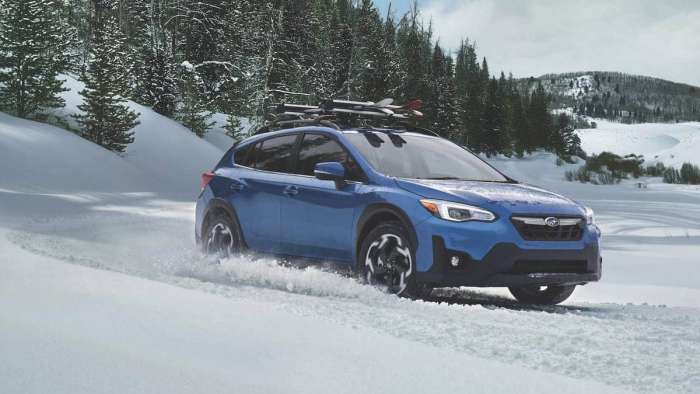 Are the 2022 Subaru Forester, 2022 Outback, and 2022 Crosstrek reliable cars? Check out the latest study from Consumer Reports. See how every model scores and where the brand ranks with other automakers in reliability.
Advertisement

Does Subaru make reliable cars? According to the latest Consumer Reports' (by subscription) car brand reliability report, the 2022 Subaru Crosstrek and 2022 Forester are the best. See how all models rank.

Subaru scores number seven overall out of twenty-eight automakers in the U.S. market, up one spot from last year in the new Consumer Reports reliability scores. Lexus achieves the number one spot with a score of 76, followed by Mazda (75), Toyota (71), and Infinity (69). Subaru has an above-average reliability score of 66, the same as Buick and Honda in the 2021 brand report. 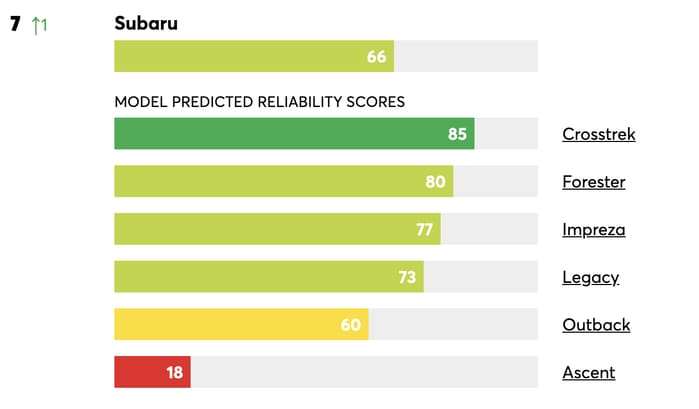 Consumer Reports' new-vehicle reliability score is calculated on a 0-to-100 point scale, with the average rating falling between 41 and 60 points. The Subaru Forester, Crosstrek, Outback, Ascent, Impreza, and Legacy overall reliability scores also include road-test performance, owner satisfaction survey results, whether the model comes with critical safety systems, and crash test data from the Insurance Institute for Highway Safety (IIHS).

Most Subaru models have above-average reliability 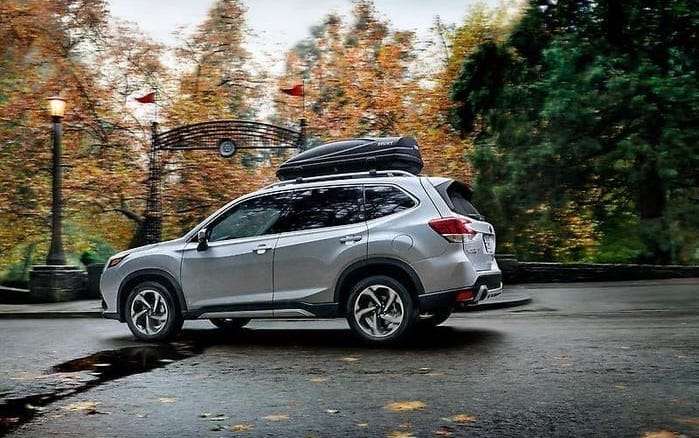 Subaru would rank higher if it were not for one model, the 2022 Ascent 3-Row SUV. The Ascent scores a reliability score of 18 and makes the ten least reliable cars list again.

The newest Subaru SUV, the Ascent 3-Row family hauler, is the one model dragging the automaker's score down with a below-average score of 18 points. Subaru would have ranked among the most reliable automakers if not for the Ascent family hauler's transmission problems in 2019 models. CR did not have scores for the all-new 2022 WRX, STI, and 2022 BRZ sports cars.

CR's proprietary analysis says a vehicle is most reliable when it gets to the final year of the model's run because most of the "bugs" have been fixed. When freshly reconfigured, a car is least reliable in the first year of a redesign and often touted as "all-new." The Ascent was all-new for the 2019 model year and has had the most issues. Read the complete Ascent reliability report here and why 2022 models have improved significantly.

Subaru has had significant design changes in all its new models as they switched to the Subaru Global Platform. The 2022 Outback, Legacy, and Ascent SUVs all have new engines and drivetrains.

You Might Also Like: The Most And Least Fuel Efficient New Cars - EPA Says Subaru Is Still 2nd Best

XTman wrote on November 23, 2021 - 9:49pm Permalink
Excluding the Ascent, Subaru would be ranked at the second place with 75 points, just like Mazda. Subaru sells small number of Ascents. So, by a weighted average of models reliability (which is the right way to go) Subaru is very close to that 75 figure.
Carl Sperling wrote on November 29, 2021 - 12:23pm Permalink
I recently purchased a new 2022 Subaru Outback Touring XT. Sitting in a restaurant parking lot my wife and I heard a cracking noise. A large crack appeared on the passenger side of the windshield. Brought the car to my Subaru dealer, contacted Subaru of America and also took the vehicle to a local Safelight location. Gentlemen at Safelite said definitely a stress crack (no sign of stone impact), Subaru service manager thinks he sees an impact point. Waiting to hear decision from Subaru. Just wondering if this is the start of new problems for Subaru windshields?

LG's New EV Battery Plant Is a Welcome News for Tesla
Tesla Giga Berlin's New Hurdle: It's Not Only the Gov't, but Now Tesla Itself
END_OF_DOCUMENT_TOKEN_TO_BE_REPLACED