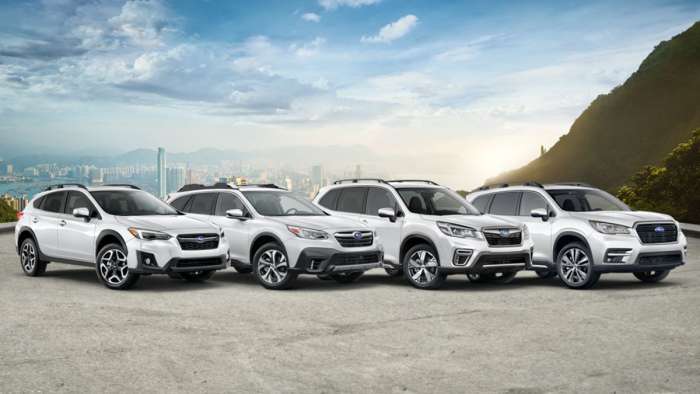 Which Subaru Is The Most Reliable? Latest Report Says Crosstrek And Forester Is Next

Are the 2021 Subaru Forester, Outback, and Crosstrek reliable cars? Check out a new study from Consumer Reports. See how its models score and where the brand ranks with other automakers in reliability.
Advertisement

Does Subaru make reliable cars? According to a new study from Consumer Reports, out of twenty-six automakers in the U.S. market, Subaru scores number eight overall, putting them at the top of the reliable category. Subaru dropped one spot from number seven previously because of its newest model. 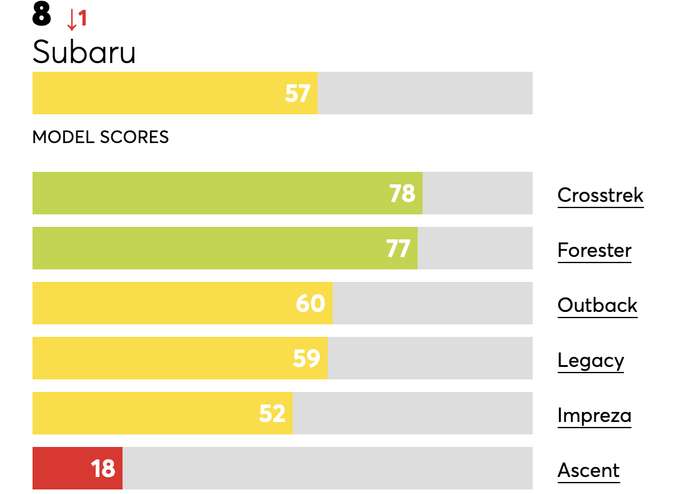 If not for Ascent transmission problems, Subaru would have ranked among the most reliable automakers. CR did not have scores for the WRX, WRX STI, and BRZ sports cars.

The survey covers the 2000-2020 model years and is based on data collected from the organization's members about their experiences with more than 300,000 vehicles. Consumer Reports assigns a predicted new-vehicle reliability score to various models on a scale of 1 to 100. The scores of all of a brand's models from which CR has gathered sufficient information and used to determine that brand's average reliability score shown below. 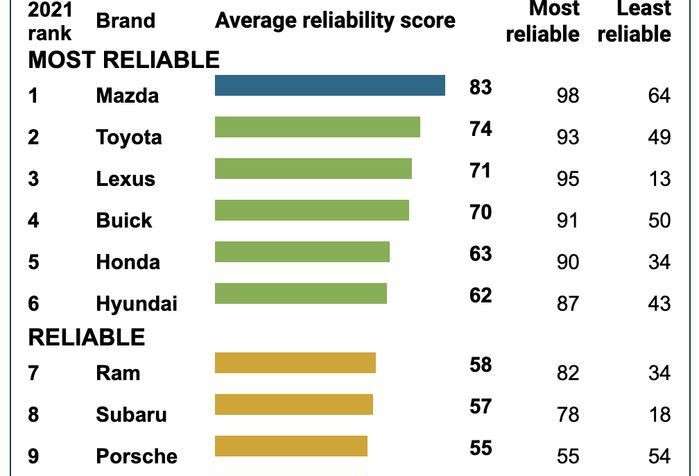 CR's proprietary analysis shows that a vehicle is most reliable when it gets to the final year of the model's run because most of the "bugs" have been fixed. A car is least reliable in the first year of a redesign when freshly reconfigured and often touted as "all-new."

Subaru has had significant design changes in all its new models as they made the switch to the Subaru Global Platform. The 2020 Outback, Legacy, and Ascent SUVs all have new engines and drivetrains. The Ascent was all-new for the 2019 model year and has had the most issues.

Overall, the Subaru brand has reliable all-wheel-drive SUVs. The Subaru Crosstrek, with the highest score, has had the least amount of significant design changes. The Subaru Forester has improved the most from last year's scores.