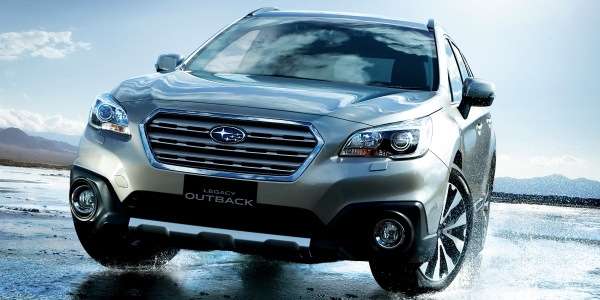 How Subaru improves blind spot safety on the 2016 Outback

Subaru has announced new safety upgrades on the Japan 2016 Outback. What new features will we see on U.S. models?
Advertisement

Subaru announced some new safety features coming on the new 2016 Outback wagon for the Japan market. Subaru will add some new features to their EyeSight safety system that will further enhance the safety performance of the preventive system.

Along with the front detection in EyeSight, the enhancements will now allow the system the detection of the rear side by the radar system. Subaru is continuing to upgrade the safety system and launches it in Japan first in the new Outback wagon. U.S. consumers will likely see the new system soon in Outback, Forester, Crosstrek, Legacy and WRX models.

The EyeSight system features the new Subaru rear vehicle detection (rear side vigilance support function) which includes a blind spot detection, lane change assist, rear cross traffic alert and auto-dimming rearview mirror. Along with the Outback, Subaru also rolled out the new safety system in the Legacy B4 Japan model and both will be available from October 1, 2015.

FHI launched the EyeSight safety system in 2008 and is the world’s first system to solely use stereo camera technology. Subaru has been highly successful in marketing the system in its home country of Japan and says EyeSight-equipped models like the new Outback accounted for an astounding 85% of sales in Japan for the fiscal year ended March 31, 2015.

EyeSight’s technology has been highly rated by the IIHS in the U.S. and gets high marks from Japan’s independent agency, Japan New Car Assessment Program preventive safety performance assessment. It received the top rating of Advanced Safety Vehicle-Plus (ASV+) which has been conducted since October 2014 by the Ministry of Land, Infrastructure, Transport and Tourism and the National Agency for Automotive Safety and Victims’ Aid.

Subaru rolls out the new rear side vigilance support function in the 2016 Outback and Legacy sedan in Japan first. Look for the new EyeSight preventive safety system to arrive in new Subaru Outback and other models in global markets soon. See how EyeSight is winning over industry experts.