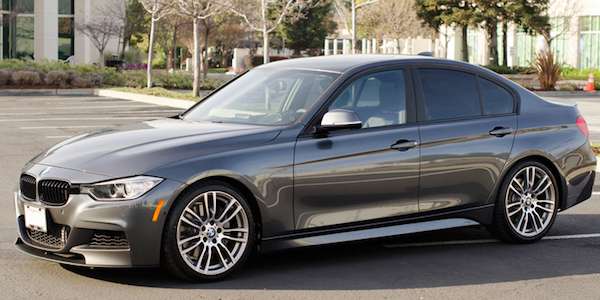 How can a BMW 3 Series dream car become one woman’s worst nightmare?
Advertisement

An Ohio woman's BMW 3 Series dream car turned into her worst nightmare after she gets locked inside for 2 hours. How did it happen? Mercena Trevathan sat in her garage, locked in the BMW after the car wouldn’t start. The 2012 BMW 3 Series had a malfunction and the car auto-locked when the car’s anti-theft system kicked in.

The Ohio woman from Forest Park, told WCPO Cincinnati, that after she pushed the "on" button, the car wouldn't start. Then, when she tried to exit the car to figure out what the problem was, the doors and windows locked tight. She tried pulling the door handle, but “it wasn't working," she said.

She begins to panic after 30 minutes

After 30 minutes of trying everything, including the key fob, she began to panic. Mercena says, "I was sweating and everything, and the only thing going through my mind was am I gonna die?"

She did have her cell phone with her and she tried calling BMW roadside assistance and asked them to open the BMW remotely. BMW tried, but because the door was closed, the signal wasn’t getting through. Trevathan was the only one home and with the garage door closed, the neighbors couldn’t see to hear her inside the locked car.

The BMW representative suggested calling 911, which she did. Forest Park Police responded and were able to get inside the garage. They tried everything, but ended up breaking the car window to ultimately free the woman.

Police Sargent Greg Stidd told WCPO Cincinnati, "I thought it would be a simple thing. But we tried the door handles, we tried the door locks, we tried the trunk release and nothing happened. We couldn't even open the hood to try to jump start it.” So the police smashed a rear window and got Trevathan out safely.

BMW of North America had no comment on what exactly happened to Trevathan's 3 series, but after speaking with a service manager at a BMW dealership, WCPO was told it was likely a rare battery malfunction that caused the doors to lock. BMW has a "theft mode," where all doors and windows are locked tight with no way of opening them.

The Bavarian automaker did reimburse the woman for all repair costs, including replacement of her window. What did Trevathan learn? "I could have suffocated in that car, you know? Nobody would have known that I was in the car," she said. Her dream BMW 3 Series turned into her worst nightmare.

dave wrote on November 21, 2016 - 1:19pm Permalink
I thought it was a mandatory safety measure for there to be a mechanical latch release on all vehicles after a certain model year, including the trunk. It might just be a false assumption on my part, but I've seen them in various vehicles, though sometimes they aren't obvious, needing a plastic panel pulled off for access. Granted that doesn't necessarily mean she knew how to access it if present, or even thought about trying to exit through the trunk, assuming it has a sufficient size passage from the passenger compartment to the trunk, even if the seat cushion had to be pulled off to make clearance and assuming she was fit enough to make her way through it and find the trunk release.
Jake wrote on December 9, 2016 - 12:13am Permalink
If she is going to sell her BMW I will buy it if the makes a fair offer......other than that. Sounds like yet another urban legend!!!!!!!muahahahahahahahahahaha