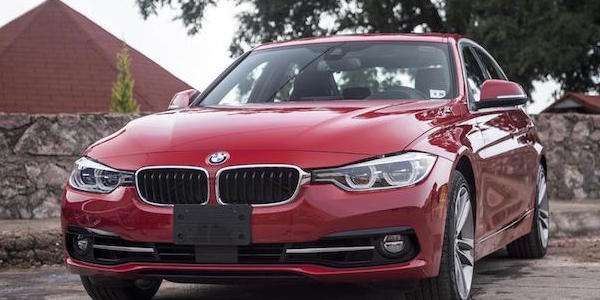 Are you thinking of buying a BMW 3 Series? It’s the Bavarian automaker’s top selling car, but it depreciates faster than any other car segment.
Advertisement

If you are thinking of buying luxury car like the 2016 BMW 3 Series, it could experience the highest depreciation of any car on the market. According to Black Book analysis, the average price of a “Near-Luxury” car like the BMW 3 Series, saw the highest depreciation during August at a rate of 3.7 percent. This is higher than any other auto category.

Black Book says the new BMW 3 Series, along with the Acura ILX, Audi A4, Cadillac ATS, and Lexus IS250 are the top vehicles to experience the most depreciation. If you plan on keeping the vehicle for many years, it won’t matter as much. But if you will sell or trade the car in a few years, it could cost you a lot of money.

“Near-Luxury” car values dropped the most of any category. Black Book analysis says vehicles in this segment finished the month (August) with an average price of $18,112. This is a 19.5 percent change from 2015 levels ($22,501).

Buy a truck if want the least amount of depreciation

What vehicles saw the least amount of depreciation? Black Book says, full-size pickups saw the strongest retention during August at minus 0.6 percent. Vehicles in this segment include the Nissan Titan XD, Chevy Silverado, Dodge Ram, Ford F150, and the GMC Sierra. Trucks finished the month with an average price of $24,372, a -10.2 percent change from a year ago ($27,152).

So if you want to buy a new 2016 BMW 3 Series, Acura ILX, Audi A4, Cadillac ATS, or Lexus IS250, expect a large amount of depreciation on that “Near-Luxury” car the second you drive it off the lot. If you want the least, buy a truck.

Gary Spears wrote on June 13, 2018 - 2:53pm Permalink
Your report is poor and incomplete. Fact of the matter all new cars depreciate in value.