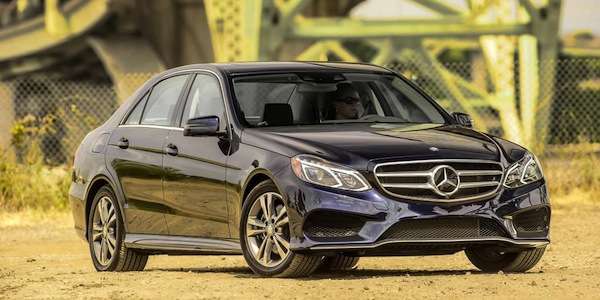 A new 2014 Mercedes-Benz E 300 BlueTEC HYBRID has travelled from Africa to England on one tank of fuel. How did they do it?
Advertisement

"Is it really possible to drive a Mercedes-Benz E-Class sedan from North Africa to the UK on just a single tank of fuel?" That’s what a British journalist wanted to find out, so he embarked on a journey to answer the question himself. He was able to drive a 2014 Mercedes-Benz E 300 BlueTEC HYBRID, 1968 kilometers from Tangier in North Africa to Goodwood in England, without having to refuel. Even more remarkable was the fact that he still had fuel in the tank to go another 160 kilometers.

They was still fuel in the tank

Andrew Frankel discovered the answer to his question by conducting this very challenging experiment. Mercedes Europe reports Frankel and his co-driver set off from Tangier in Morocco in a standard Mercedes-Benz E 300 BlueTEC HYBRID to see if it could be accomplished on one tank of fuel. They traveled through Spain and France and reached their destination in Goodwood, England after driving for 27 hours.

After they arrived in England, the clock showed they had traveled a total distance of 1968 kilometers. And there was more fuel left in the tank. The total range of the Mercedes hybrid vehicle, which is available as an option with an 80-liter diesel tank, can be calculated at some 2129 kilometers without refueling.

How did they accomplish this?

Of course they didn’t drive the big Mercedes E saloon like a normal person. The journey across two continents, four countries and through three time zones, required the pair to “adopted a fuel-efficient driving style.” This required the team to drive much slower than the speed limit and coasting whenever possible. But they encounter some difficulty with heavy rain, high temperatures, big differences in altitude and also heavy rush-hour traffic.

They were able to post an average consumption of just 3.8 liters of diesel per 100 kilometers, combined consumption figures of 3.8 to 4.1 liters (corresponding to 99 to 109 grams of CO2per kilometer) indicated by the manufacturer. But is this realistic for real word driving? Even if it’s not, it was a remarkable feat.

The most economical sedan in its class

The 2014 Mercedes-Benz E 300 BlueTEC HYBRID is powered by a four-cylinder diesel engine (150 kW / 204 hp), which is combined with an electric motor (20 kW / 27 hp), accelerates the Saloon from a standing start to 100 km/h in 7.1 seconds and takes it to a top speed of 242 km/h. The 2014 Mercedes-Benz E 300 BlueTEC HYBRID holds a leading position among the most economical models in the upper medium-size category.

"Is it really possible to drive a Mercedes-Benz E-Class sedan from North Africa to the UK on just a single tank of fuel?" With the right driving techniques, the answer is yes.

Watch 1223 miles from Africa ti the UK on one tank of fuel video.

Parks McCants wrote on July 6, 2014 - 10:48pm Permalink
Fantastic.
Julia wrote on February 19, 2016 - 10:57am Permalink
However, you don't buy the E300 Hybrid for its performance, you buy it for how it performs at the pumps. The official figure is 65.7mpg combined and I reckon that if you were really careful you could actually achieve that.