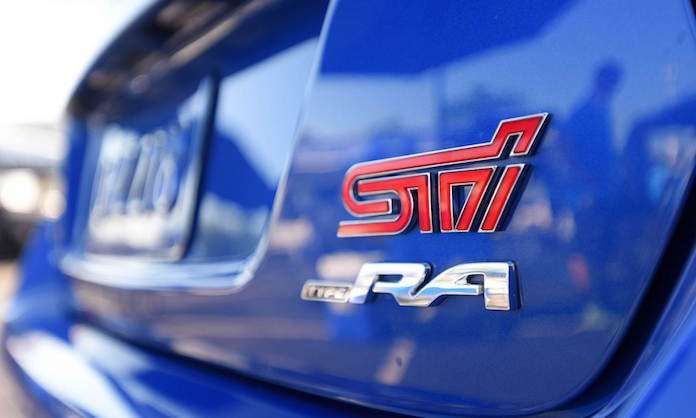 Subaru and Prodrive set a new Nurburgring record for a sedan with the Subaru WRX STI Type RA NBR and they did it to draw attention to their new 2018 Subaru WRX STI Type RA (Record Attempt) limited edition model. They will only build 500 examples for the U.S. and the STI will launch in the first quarter of 2018.

The newest WRX STI Type RA is built specifically for the U.S. and North American markets and won’t be sold anywhere else around the globe. It’s Subaru of America’s way of saying thank you to performance fans for 50 successful years in the U.S., and in recognition of their newest Nurburgring record.

David Higgins, six-time rally champion for Subaru Rally Team USA, was instrumental in developing the higher-performance Type RA and they took it to Virginia International Raceway (VIR) for testing. According to Subaru’s Drive Performance magazine, David Higgins got behind the wheel and helped Subaru with the final suspension and tuning testing.

Higgins and Subaru used VIR’s 4.2-mile Grand Course to find any “weak spots” before they decided on the suspension and tire combination. “The first drive in the RA tells you how smooth it is,” Higgins told Drive Performance. “It’s more comfortable on the road, yet the second you get on the track or an open road, you feel the performance changes.” 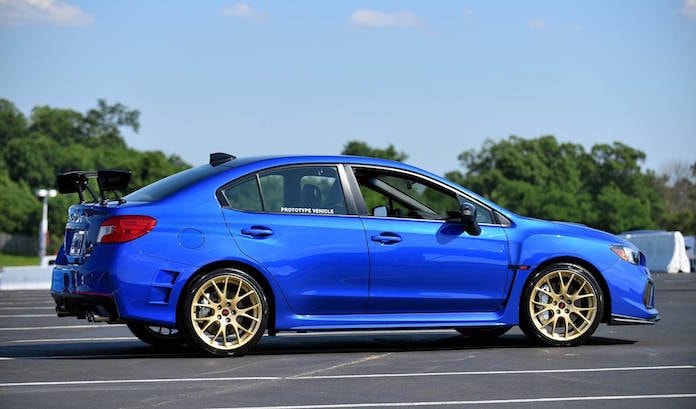 STI improved driving dynamics by using Bilstein dampers, and “calibrated off 44-year-old Higgins’ sensitive backside”, are the car’s finest detail” says DP. Coupled with 19-inch Yokohama Competition tires, the dampers deliver a “double-whammy” providing a more controlled ride while quickening the car’s ability to rotate. According to Higgins, the Type RA is “sharper, more neutral at the limit and dialed for more oversteer”. “When you lean on it, it feels like a full-blown race car,” says Higgins.

According to the DP report, STI engineers tried four different tire and damper combinations over the session at VIR, before settling on the 245/35R19 Yokohama Advan Sports. They are essentially a road-legal racing tire that Subaru of America hasn’t previously offered as stock. With this combination, Higgins was able to slash five seconds off his lap time.

The new limited edition 2018 Subaru WRX STI Type RA is the fastest WRX STI ever offered in the U.S., and David Higgins was instrumental in its final development. The newest WRX STI Type RA will launch in the first quarter of 2018, be available in Crystal Black, Crystal White, and WR Blue, with a starting price of $48,995.