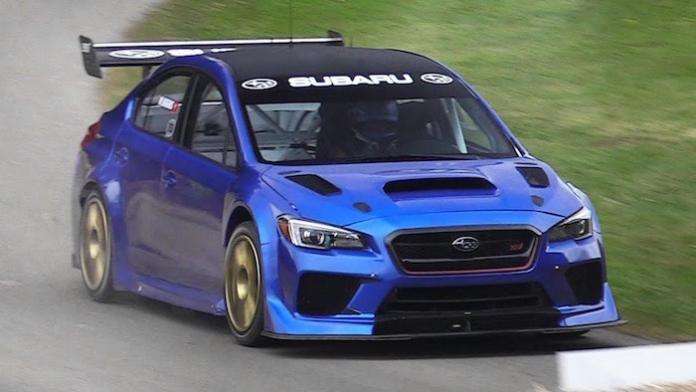 Why does Subaru keep setting records with their WRX STI? It’s good for consumers when they do.
Advertisement

There’s a lot more to the story than Subaru just wanting to go fast and set records with their WRX STI performance sedan. Subaru and Prodrive set a new Nurburgring record for a sedan and they did it to draw attention to their new 2018 Subaru WRX STI Type RA limited edition model. They will only build 500 examples for the U.S. and Canada will also get a limited number yet to be announced. Why does Subaru do it, if only 500 U.S. performance enthusiasts will get to enjoy the special sedan? When Subaru and Prodrive hook up, it’s good for all consumers.

Subaru has a long history of setting records with their all-wheel-drive vehicles, and they've done it regularly down through the years. Subaru does it for two reasons and consumers are the real winners. The record attempts draw attention to the brand, but more importantly, it gives engineers valuable feedback and the information gleaned from the race cars, goes into their newest production models consumers drive everyday like the 2018 Crosstrek crossover.

Subaru is passionate about winning too

It’s also about showing how their cars are the best. It’s interesting they didn’t ask Mark Higgins to drive the STI Type RA for the record attempt, but brought in a young gun, Richie Stanaway, age 25 to get behind the wheel. Stanaway is a rising star from Tauranga, New Zealand, a factory driver for Aston Martin Racing in the FIA World Endurance Championship. He brought home the new record for Subaru and Prodrive. This is the most recent example, but Subaru’s record attempts go back nearly three decades.

Record attempts are good for consumers

The RA designation stands for “Record Attempt” and has been applied to various Subaru performance models. Subaru has been about setting records as far back as 1989. On January 21, 1989, they broke 2 world records and 13 international records. Quite an achievement for the tiny Japanese automaker. In 1989, the first-generation Subaru Legacy took on the 100,000 km FIA World Land Endurance Record outside of Phoenix, Arizona. The Legacy sedan broke the world record by maintaining an average speed of 223.345 km/h (138.78 mph) thus completing 100,000 km in 447 hours, 44 minutes, and 9.887 seconds. This was before the Subaru/Prodrive partnership, but it helped Subaru improve their boxer engines and every all-wheel-drive model in their lineup. 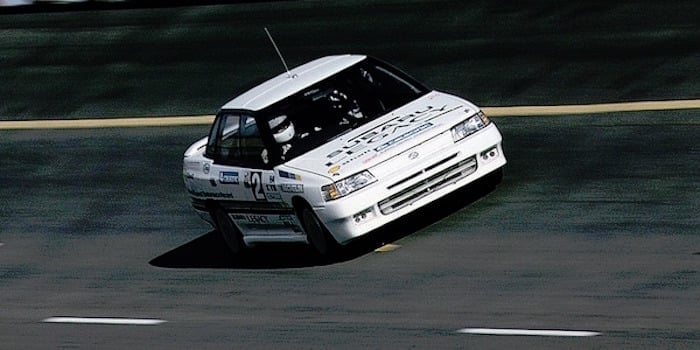 The Prodrive/Subaru partnership is a good one

Prodrive from the UK, is known for their 22 year association with Subaru. The most iconic moment in the company’s history, was Colin McRae’s victory on the RAC Rally in 1995 driving a Subaru Impreza, making him Britain’s first World Rally champion and bringing Subaru the first of three consecutive manufacturers' titles. Prodrive brought further WRC titles for Subaru in 2001 (Richard Burns) and in 2003 (Petter Solberg).

Subaru likes producing Type RA special edition models. The most recent Subaru WRX STI Type RA was a tS model built for the Japan market and wasn’t sold anywhere else in the world. Only 500 examples of the exclusive 2013 WRX STI tS TYPE RA were built, 300 special Tangerine Orange Pearl, and 200 of the NBR Challenge Package variant. This model was designed to commemorate Subaru’s back-to-back wins at the 2011 and 2012 Nurburgring 24-hour race.

The newest WRX STI Type RA will launch in the first quarter of 2018. The 2018 Subaru WRX STI Type RA is built specifically for the U.S. and North American markets and won’t be sold anywhere else around the globe. It’s Subaru Corporation’s way of saying thank you to 50 successful years in the U.S., and in recognition of their newest Nurburgring record. Go to Page 2.

Dominick Infante, National Manager, Product Communications for Subaru of America is a driving force behind these recent factory WRX STI record attempt cars. Why does Infante and Subaru do it? Because it’s in their DNA and they can. Performance enthusiasts will benefit from the new technology going into the next-generation 2020 WRX and WRX STI. Consumers will benefit from the new Nurburgring record because the information Subaru gleans from the 2018 Subaru WRX STI Type RA NBR, goes into their newest production models consumers drive everyday like the 2018 Crosstrek crossover. It’s Subaru’s “go-anywhere” attitude and sporty driving dynamics that sets their all-wheel-drive lineup apart from the competition.

Photo credit: Subaru and Prodrive
This story is updated on May 11, 2018.