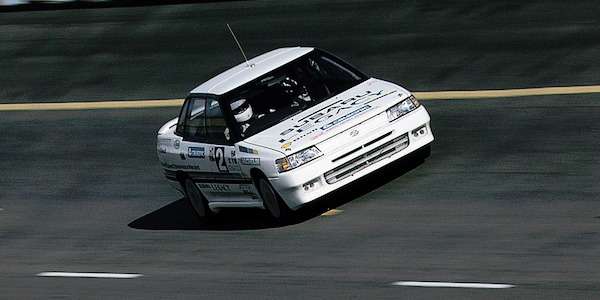 Subaru History: How they Set 2 World Records and 13 International Records at the Same Time [Video]

This week 28 years ago, the first-generation Subaru Legacy set a world speed record. How fast did the Legacy go?
Advertisement

Subaru has been about setting records as far back as 1989, and on January 21, 1989, they broke 2 world records and 13 international records. Quite an achievement for the tiny Japanese automaker. In 1989, the first-generation Subaru Legacy took on the 100,000 km FIA World Land Endurance Record outside of Phoenix, Arizona. The high-performance Legacy broke the world record by maintaining an average speed of 223.345 km/h (138.78 mph) thus completing 100,000 km in 447 hours, 44 minutes, and 9.887 seconds.

The Legacy was developed by Subaru to replace the Leone and it’s still a mainstay in the Subaru lineup today. Subaru set out to showcase their new engine and all-wheel-drive technologies. The small Japanese automaker showed the world what these new technologies could do by setting this world speed record. The new world record took 18.5 days to complete and the record held until the end of April 2005.

By setting these world records, Subaru began to build its reputation as being one of the most reliable and durable automakers on the planet. Watch the Japanese video below to get a better idea of what it took to pull off the new record.