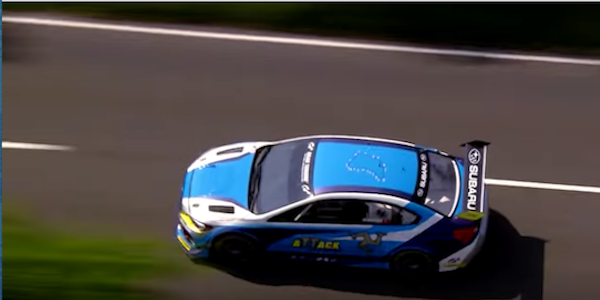 Would You Buy a Higher-Performance Subaru/Prodrive WRX STI?

When Subaru, STI and Prodrive get together, good things happen. What would happen if they hook-up long term?
Advertisement

What would happen if Subaru and Prodrive partnered to bring enthusiasts a new higher-performance production WRX STI? Subaru and Prodrive have a long history of developing the Subaru Impreza into a championship rally car. Now they’ve taken the 2016 Subaru WRX STI and built a purpose-built Isle of Man killer. When Prodrive partners with Subaru Tecnica International (STI), Subaru’s motorsport division, good things happen. What would happen if they hook-up long term?

What they’ve done in the past

Prodrive is known for its 19 year association with Subaru. The most iconic moment in the company’s history, was Colin McRae’s victory on the RAC Rally in 1995 driving a Subaru Impreza, making him Britain’s first World Rally champion and bringing Subaru the first of three consecutive manufacturers' titles. Prodrive brought further WRC titles for Subaru in 2001 (Richard Burns) and in 2003 (Petter Solberg).

We’ve seen what they did at the Isle of Man TT Challenge. Subaru, STI and Prodrive shattered the IOM car record. Higgins, who had the car lap record in the near production 2015 WRX STI, completed the 37.73-mile course in 17 minutes 49.75 seconds, equating to an average speed of 126.971mph. That blew away his previous record set in 2014 of 19 minutes 15.88 seconds (117.51mph). The Prodrive and STI partnership is a good one.

Subaru offers a 2016 WRX STI Nurburgring 24-hour special edition car in Japan. What if Subaru, STI and Prodrive brought out a limited edition Time Attack 2018 Subaru WRX STI? The new STI could have a new 2.0-liter DIT powerplant with direct injection and a Prodrive Performance Pack (PPP) with internal engine upgrades to bump up the horsepower. This PPP is a throwback from the late 90s. The Prodrive PPP was an option and came with a remapped ECU, Sports Catalyst, Backbox and High Flow Fuel Pump. Subaru offered it on the 1999-2008 Imprezas and WRX STI in the UK.

What would happen if STI and Prodrive developed a new long-term partnership?

Subaru could offer the PPP as an available option from the dealer on any new WRX STI, in addition to the special edition models. Subaru just came out with a new Performance Pack on the 2017 BRZ. Why not offer a Prodrive PP that would upgrade the WRX STI to another level of performance. Prodrive produces advanced lightweight composites for customers in the automotive sector. What if they offered a production WRX STI with carbon fiber body panels to reduce weight and increase aerodynamic performance?

The new Subaru Corporation should develop a long-term partnership with the motorsport and technology business from the UK. It would bring the next-generation Subaru WRX STI to new levels of performance. When STI and Prodrive hook up, good things happen.