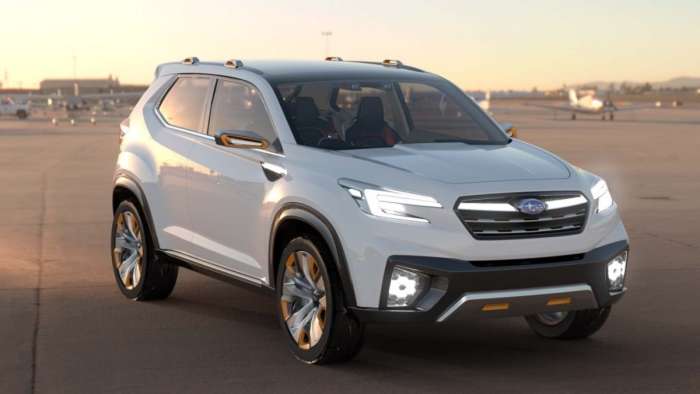 When will Subaru build an all-electric Forester compact SUV? We now know it will likely be a 2035 model.
Advertisement

You probably heard California Governor Gavin Newsom announced an order to ban gas-powered cars in the state by 2035. The directive means all new vehicles sold in California must be zero-emission vehicles by that time. Subaru has been slow in bringing an all-electric model, and its first will arrive in 2022. It's coming from the joint partnership between Subaru and Toyota. How will the announcement affect Subaru?

California's ban on sales on new gas-powered cars will force Subaru Corporation to build all-new Forester, Outback, Crosstrek, and Ascent all-electric SUVs and launch them in late 2034. California is one of Subaru's largest markets, and they can’t afford to lose sales in the Golden State. According to a 2019 Subaru of America sales report, Subaru of Glendale, serving the most populous county in the nation (Los Angeles), is the number one retailer in North America. 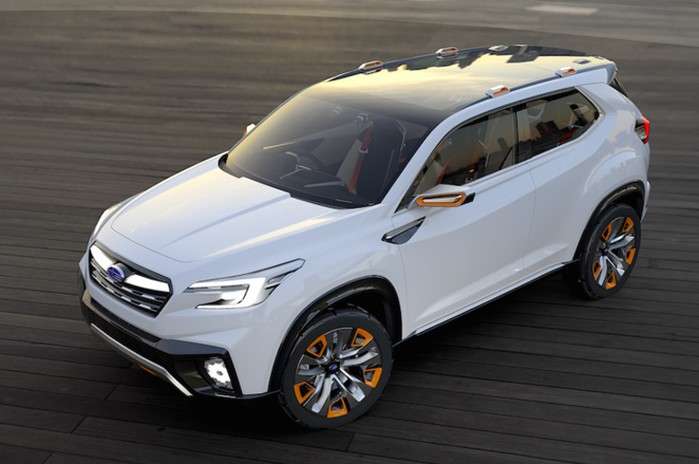 Subaru retailers in California will pressure the Japanese automaker to bring the highest volume models in full-electric trim. The Subaru Forester is now the brand's number-one-selling model in the stable, with Outback second, and Crosstrek number three. The Ascent 3-Row family hauler is gaining the most ground in sunbelt states like California.

What are Subaru’s current electrification plans?

Subaru Corporation held a press briefing January 20, 2020 spelling out its electric vehicle plans, and changes are coming. President Tomomi Nakamura said Subaru would move quickly toward its long-term goal of a carbon-free society, setting a target to sell only electric vehicles worldwide by the first half of the 2030s. 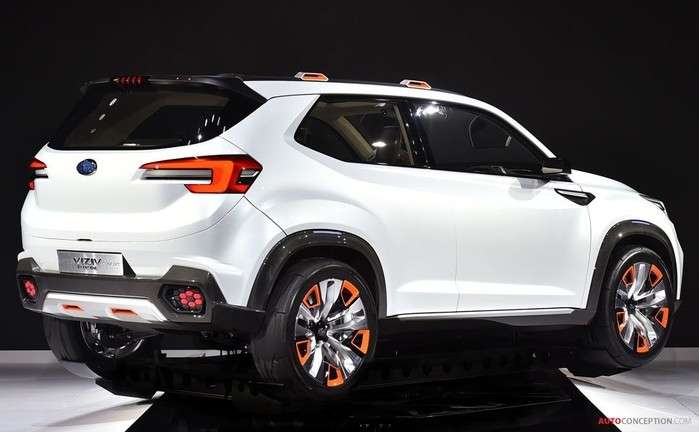 Subaru’s plan to "sell only electric vehicles" meant they will have some form of electrification. The all-wheel-drive models will likely be hybrid and plug-in hybrid technology coming from its partnership with Toyota. Subaru is calling them "strong hybrids."

Will Subaru’s electrification plans change? The announcement from California governor Gavin Newsom won't shift their zero-emission efforts into overdrive. It could move up Subaru's timeframe to bring an all-electric Subaru Forester, Outback, Crosstrek, and Ascent sooner than they planned.

Subaru is no hurry to have a zero-emissions only lineup. A recent report from Bloomberg says Subaru is waiting for other automakers to spend big money on research and development while waiting until the time is right to move. Subaru Corporation doesn't have massive research and development resources available to them like their large Japanese and American rivals. So they have chosen a wiser path in their EV development.

Subaru CEO and President of Subaru of America Tom Doll said, "If we put (them) out now, we're going to be competing in the teeth of the market with everybody else. This way, we can let them kind of sort it out, then we can come in."

Subaru's strategy is to sit back, let the big automakers spend vast amounts of money on perfecting the all-electric technology, and then when consumer demand for the vehicles picks up; they will be there when the costs of batteries have dropped drastically.

Subaru has an ace up its sleeve. Toyota now owns 20 percent of the Japanese automaker, allowing Subaru to tap its vast resources to develop the new electric technology. "That partnership and Subaru's relatively small size enables company leaders to believe they can afford to be patient," according to the report.

Look for Subaru to make all-electric 2035 Subaru Forester, Outback, Crosstrek, and Ascent models available in California and some Northeast coast states like they've done with the Crosstrek Plug-In Hybrid. For other U.S. states, Subaru will offer fuel-efficient gas-powered Boxer engines coupled with hybrid, and plug-in hybrid technology in its new Forester, Outback, Crosstrek, and Ascent SUVs.

XTman wrote on September 29, 2020 - 12:47pm Permalink
Subaru better come with an electric SUV, really soon. Beside Tesla, many European, Korean and Chinese brands already sell electric cars and are gaining experience and market share. When they decide to sell in the US, it is going to be a very dense market to penetrate. The wonderful boxer engine is gonna become an extinct species quite soon. Hybrid cars are complex and yet polluting. Thus, Subaru should stop playing the sleeping beauty . Otherwise, there will be almost no new Subaru in 10 years.
J Thompson wrote on September 30, 2020 - 12:03am Permalink
"If we put (them) out now, we're going to be competing in the teeth of the market with everybody else. This way, we can let them kind of sort it out, then we can come in." [Subaru CEO and President of Subaru of America Tom Doll]. !!!! Oh yeah, that's smart Tom! Be the last best buggy manufacturer in town; switch after everyone else & scoop the market! Worked for nobody ever. Bloody idiot. If Subaru wants to hang on to it's loyal customer base, they better go electric a lot sooner than 2030. We've owned 3 Subaru Outbacks in a row; love the product. But it's time for electric. The economics are overwhelmingly in favour of electric. I'm not interested in paying more to own, more to fuel, more to maintain... just because Tom thinks he's found an easy way to game the market: "Switch last!" When next we flip (2022), Subaru will NOT be the #1 choice if they can't offer a plug-in - or at very least, a strong Hybrid option for the Forester or the Outback. If Tom wants to try thinking strategically for real, perhaps he could consider whether there isn't some way to partner with Tesla, opening sales & service for Tesla through the Subaru dealer network. For the present, Subaru would have something to offer that Tesla needs. Soon though, Subaru won't have anything to offer that Tesla would want. And the Toyota partnership doesn't buy Subaru a future: beyond its equity stake, Subaru doesn't offer Toyota much that they need. As a former Toyota owner, I certainly don't see what the Toyota deal does for Subie owners. I wouldn't go back to Toy. And I've lived through the learning curve of conventional auto firms building hybrids. Won't play beta tester again. By the time Tom gets around to becoming the last electric auto maker, Tesla will have had 20-25 years experience building all electric; will have learned so much building so many vehicles that the technical moat will be insurmountable. And having built to ridiculous constraints on service (there is no dealer network to provide service, anywhere) they'll have figured out how to build very high quality, & deliver 90% of needed servicing on a roadside basis, something established dealer networks have little incentive to do. Production experience & manufacturing scale will create a massive moat around the EV market. Good luck crashing that. Ultimately, the only reason a late-mover last-man-in strategy sounds good to Tom is because it's convenient and easy. Tom doesn't need to do anything. Keep Subie from screwing up badly in its existing market space for a year or two more, till Tom can retire. Let his successor deal with the crisis of suddenly collapsing market share. I see a culture clash here: Tom looks a lot like a marketing type (fixes all things with marketing solutions) leading a substantial chunk of an engineering-led business. That's a classic mismatch guaranteed to kill either Tom's career, the business, or both. Wake up, Subaru Japan.
Kris Kooblall wrote on October 8, 2020 - 3:42pm Permalink
Why isn’t Subaru in this powerful emerging electric model? Important time and resources may be lost in a tradeoff for teething costs in research and development by other auto makers. This may hurt Subaru.
Kris Kooblall wrote on October 8, 2020 - 4:07pm Permalink
Subaru as a viable auto industry power source in terms of bringing value auto to the market needs to be intensely involved in this move to auto electrification. Reading what Subaru has put out, in my view, will cost the powerful auto manufacturer not just financial resources but more importantly a space in this ever important race. Slackers will pay with their market share and opting to enter later will be met with likely huge adversarial costs. Get in now, not tomorrow and certainly not later. Now. Kris Kooblall