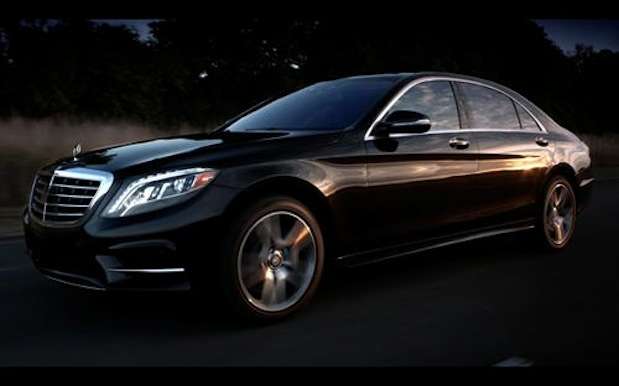 According to Bernie Glaser, vice president of marketing for Mercedes-Benz USA, all the new technology on the S-Class will eventually filter down to every car that Mercedes makes. "The strides we make in the areas of design, safety, engineering and technology, which are pioneered on the new S-Class, will make their way through all our models and eventually into the mainstream."

Mercedes has been doing this since their inception in 1886 when Carl Benz built the first petrol-powered car. The German automaker takes from the “S”-Class which stands for “Special” and uses the advancements to improve their whole stable of cars down the lineup. And it doesn't just end up in Mercedes-Benz cars. Glaser went on to say in the press release, “This is what has happened throughout our 127 years, and as a result, there's hardly a car on the road today that doesn't owe some of its technology to that constant commitment to innovate and to lead."

What can we expect to see in the C-Class at some point? We will see everything from the 2014 S-Class like the new hot stone massage, to interior lighting available in seven colors and even a cabin fragrance system that perfumes the air with a favorite scent. We can expect to see the “highest expression of Mercedes-Benz" on all their cars in the future.

The 2014 S-Class also comes with luxury features in the cabin like heated armrests, ionized air purification via the AIR BALANCE PACKAGE, rear-seat luxury, and a Burmester sound system, the S-Class pampers its occupants. Underneath, the S-Class brings the latest in an intelligent suspension system called MAGIC BODY CONTROL, which sees the road ahead and adjusts the suspension accordingly.

The new 2014 Mercedes-Benz S-Class launches in the U.S. at a price comparable to the outgoing model. Mercedes says its lower on an MSRP to MSRP basis. S-Class starts at $92,900 USD (excluding $925 destination/delivery charge). It also comes in all-wheel drive configuration, the S550 4MATIC, and in a high-performance AMG variant, the S63 AMG 4MATIC. The new S-Class luxury and technology of tomorrow is available today in U.S. showrooms.