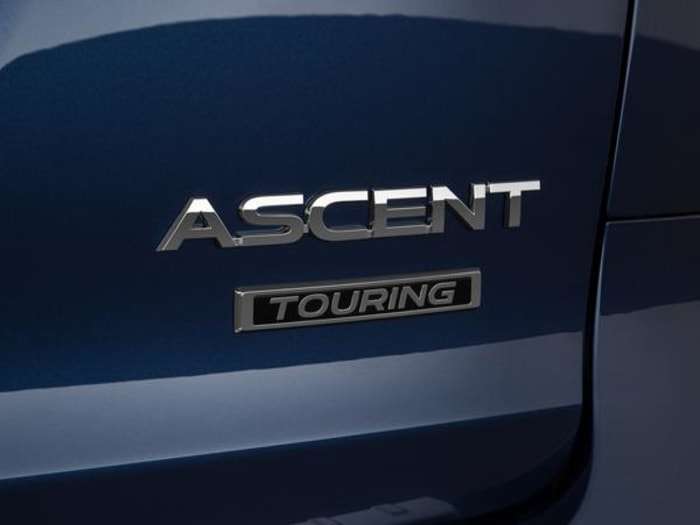 The new 2019 Subaru Ascent is available for pre-order now. See when it’s expected to arrive
Advertisement

The all-new 2019 Subaru Ascent 3-Row family hauler has been three years in the making, since Subaru discontinued the B9 Tribeca 3-Row vehicle. Tribeca was too small for the U.S., customers and dealers let Subaru know, and they listened. It’s being built in the U.S. for American families and it’s coming soon. Subaru announced customers can pre-order the new family-sized vehicle from their local dealer. Production is expected early summer 2018 with orders arriving soon after. Go here to pre-order the Ascent.

Families can choose base, Premium, Limited and Touring models and it will be the biggest Subaru ever built. Ascent offers up a spacious interior, comfortable and flexible seating options and a host of new safety, driver assist and in-vehicle technologies.

Subaru expects the new all-wheel-drive vehicle to be a big hit with current customers looking to move up from an Outback, Forester or Crosstrek, and families looking for a 3-Row crossover who have never purchased a Subaru vehicle before. The all-new 2019 Subaru Ascent won’t arrive in showrooms until this summer, but you can see it a car show near you now.

The all-new three-row 2019 Ascent SUV, the automaker’s biggest vehicle ever, will be produced at the Subaru plant in Lafayette, Indiana beginning in early summer 2018 with orders arriving soon after.