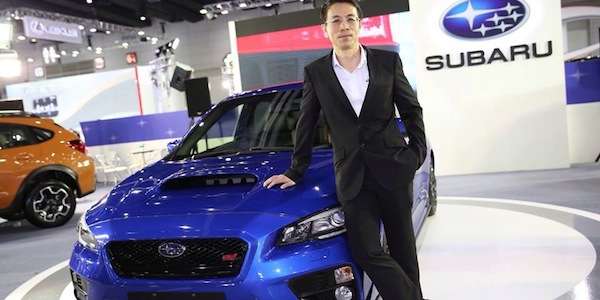 The new-generation 2015 Subaru WRX STI is a global success and now makes its debut in Thailand.
Advertisement

The 2015 Subaru WRX STI is a global success and performance fans worldwide are excited about the new-generation STI. The 2015 WRX STI just made its debut in Taiwan and the Subaru performance flagship will undoubtedly be a success in this country too. The new WRX STI is selling well around the globe and has been a big hit for the Japanese automaker. Subaru has rolled out the new performance machine now in Japan, U.S., Canada, UK, Europe, Malaysia and the Philippines.

Global performance fans are excited about the upgrades Subaru made to the next-generation STI. Subaru engineers completely redesigned the 2015 WRX STI. Everything from the engine, suspension and interior is all-new for the new-generation performance sedan. The new WRX STI continues in the tradition of performance and was inspired and built for racers around the globe.

STI gets a new suspension

The new WRX STI gets a completely “remastered track-tuned suspension, a tighter steering ratio and still comes with a 305 horsepower turbocharged boxer engine. Subaru chose not to bump up the horsepower in the new-generation STI. It keeps the same 2.5-liter powerplant, but gets substantial upgrades underneath to improve handling and performance.

The all-new 2015 Subaru WRX STI makes its debut in Taiwan with much anticipation from performance fans in this country. The will also get the milder 2015 WRX performance sedan. Motor Image Group is the Asian Subaru distributor and has a presence throughout the region. The Group aims to expand its sales network in Malaysia, Indonesia and Thailand. WRX STI fans in this global market will get the new performance car and the Subaru performance flagship will undoubtedly be a success in this country too.