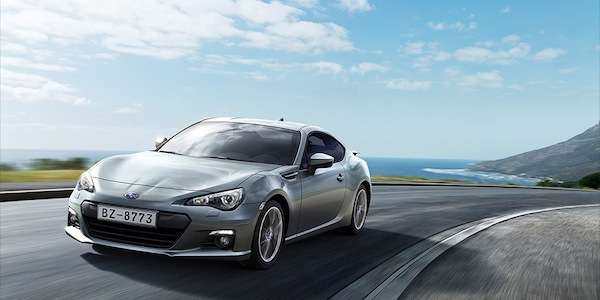 Subaru BRZ sales are down around the globe. Now Subaru will begin offering the 2016 BRZ sports coupe in Russia.
Advertisement

It looks like Subaru has a few more BRZ sports coupes to sell with sales down around the globe. Sales of the two-door coupe have been slipping big time for the Japanese automaker in North America and they may have a few extra to sell. Subaru Motor LLC is the official distributor of Subaru cars in Russia and Belarus and they are reporting the launch of the new 2016 Subaru BRZ. It’s the first time Subaru will sell the BRZ Sports coupe in Russia. Applications are being accepted now for the 2016 BRZ rear-drive coupe in all official Subaru dealerships of the brand.

The BRZ is no stranger to the Russians as Uspensky Rally Tecnica, the official racing partner of Subaru in Russia, has been running a 250hp turbocharged BRZ in the Russian racing circuit and have been doing quite well. Up until now, Subaru Russia has sold the Subaru Outback, Forester, XV and WRX/STI models. Now Subaru BRZ fans in Russia will be able to purchase the production version 2016 BRZ two-door sports coupe they've been seeing on the race circuit.

Uspensky Rally Tecnica (URT) is Russia’s version of STI and Chernev is the Russian driver who pilots this 250 hp Subaru BRZ. Chernev is a multiple prize winner of the Russian Championship Karting, and participant and winner of various competitions in the road-racing circuit, and a three silver medalist in RAF. URT has built a very competitive BRZ and installed a Greddy turbocharger on the 2.0-liter boxer engine which develops 250 Nm of torque from a broad rage of...read more.

The Russian 2016 BRZ will come with the same 2.0-liter horizontally opposed Subaru Boxer engine and rear wheel drive setup. Due to the low engine placement in the BRZ, it achieves one of the lowest center of gravity in the world making it an excellent driver’s car anywhere around the globe.

In the Russian market BRZ will be available with a six-speed manual gearbox or a six-speed automatic transmission. In addition to the traditional blue Subaru (WR Blue Mica) as in other global markets, Russian spec BRZs will be available in white, silver, dark gray, dark blue and bright red exterior colors.

The starting price on the 2016 Subaru BRZ sports coupe in Russia will be from 1.995 million rubles. Orders are being taken now.