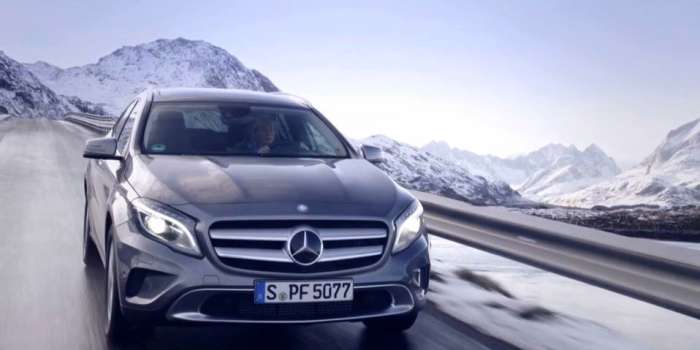 Expect 2015 GLA to be best-selling Mercedes U.S. model of all time

The all-new 2015 Mercedes-Benz GLA-Class is set to launch later this spring and it’s positioned to be a great success for the brand.
Advertisement

With the successful launch of the 2014 CLA-Class, Mercedes now turns its attention to the next premium compact to hit the market. The all-new 2015 GLA premium SUV will launch in a few month’s in Europe, and in the U.S. and other global markets late this year. CLA has been wildly popular and it points to a big reason Mercedes is optimistic that the GLA will be an even bigger hit with global and especially U.S. buyers.

Small SUVs are among the fastest-growing vehicle segments in the U.S. market. Small crossover SUVs continue to gobble up market share as North Americans choose more SUVs over small and mid-size cars. Automakers are offering big discounts on their small and mid-size cars that show the trend will continue. But if the CLA falls into this segment and it’s doing so well, the GLA-Class compact SUV should do even better.

Mercedes engineers are doing the final testing on the premium SUV and its looking good so far. The GLA-Class will come in two variants with the all-wheel-drive 4MATIC system will be the sole driveline at launch, with a front-drive version following a few months later. The new-generation 4MATIC will be ideal for the type of use U.S. buyers will want. It will be useful for commuting during the week, and light four-wheel activities on weekend trips to the mountains or beach.

In the U.S., we will see two engines. The engines will be similar to what we see in the CLA four-door coupe. GLA250 will have a 2.0-liter four-cylinder turbo with 208 horsepower and 259 lb-ft of torque. The GLA45 AMG will also feature standard 4MATIC, a 355-hp 2.0-liter turbo four, and other performance upgrades that were unveiled at the LA Auto Show. Both GLA models will make use of a seven-speed dual-clutch automatic. (European options will include less-powerful gasoline engines, a selection of ultra-efficient four-cylinder diesels, and a six-speed manual.)

The suspension on the GLA250 is reported be getting the same underpinnings on the front end as the GLA45 AMG which should make the compact SUV a good performer on the curves. A new generation of buyers will be attracted to the combination of utility, luxury and sporty attitude of the 2015 GLA-Class. Mercedes will be appealing to younger sports-minded active buyers as they launch the GLA.

Mercedes growth strategy includes appealing to new buyers and the GLA will continue the sales success Mercedes is seeing by attracting new buyers who have never purchased a Mercedes vehicle before. When the all-new 2015 Mercedes-Benz GLA250 and GLA45 AMG arrive later this year, it will likely be the most successful launch ever for the German automaker here in the U.S. Stay tuned to Torque News for the latest Mercedes GLA news.

Watch how Mercedes will use the GLA to appeal to a new generation of active sports-minded buyers.