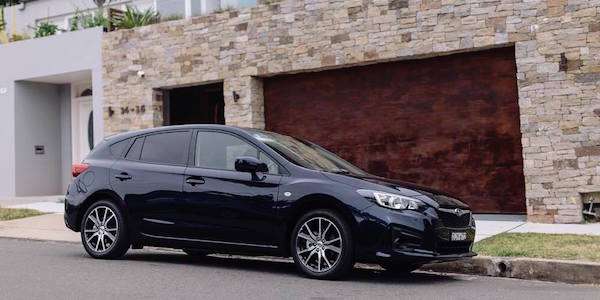 Where does safety rank in a consumers decision to buy a vehicle? For Subaru buyers, it’s at the top.
Advertisement

Subaru’s Todd Hill, Impreza car line manager, Subaru of America, told media at the 2017 Impreza preview, depending on the model, Subaru buyer’s #1 or #2 purchase reason in the U.S. is safety. It’s one of Subaru’s core values and their all-wheel-drive cars are getting safer thanks to their new Global Platform.

It’s not just Subaru buyers. All consumers are concerned about superior crash protection, and recent studies show it’s important when buyers are choosing a new vehicle. According to the J.D. Power 2015 U.S. Tech Choice Study released last year, three of the top five technologies consumers most prefer in their next vehicle are related to collision protection. It’s one of Subaru’s core values, so it’s no surprise the brand is improving safety in their new-generation Impreza.

Hill says the new Impreza architecture is where consumers will benefit the most in terms of safety. Hill says, “It’s just such an increase in the safety performance for our brand,” he says. “The collision-energy absorption is 40 percent higher than today. This is just an enormous step. The center of gravity height is 0.2 in. (5 mm) lower. That’s going to help hazard avoidance so you can prevent being in an accident.”

Subaru expects the new Global Platform, which all new-generation Subarus will get in the future, to help their vehicles meet current and future safety requirements and regulations at least through 2025.

Subaru uses more advanced high-strength steels and it doesn’t increase weight. Hill says the Impreza has 9-10 percent of 1470 MPa-grade steel (variable between the sedan and hatch body styles), up from 1 percent in the outgoing fourth generation compact car. Steel of 440 MPa grade, now accounts for 57 percent of the Impreza body, up from 45 percent.

Impreza uses a new structural adhesive, a first for Subaru, to make the joints stiffer and tighter due to “beefier” joints and attachment plates. Subaru says 23 feet of the adhesive is used throughout the car, also helping load transmission in the event of a collision. The front side rails, shock towers, windshield and firewall are stronger, and also contributes to improved crash protection for the occupants.

Another first for Subaru is the use of tailor-welded blanks in Impreza’s B-pillar, which is thicker at the bottom attachment point for impact strength, but thinner at the top for improved center-of-gravity height. The layout of frame rails and frame components have also been revised on the new platform, with the front frame up 20 percent in impact resistance from the fourth-generation compact sedan and 5-Door models. More on Page 2.

Shiro Ohta, chairman, president and CEO of Subaru Canada, says safety will continue to be one of the brands core values. “We will continue to demonstrate our commitment to safety as we design and develop core technologies such as the Subaru Global Platform, to meet the safety standards of the future.”

Consumers are concerned with safety and the new 2017 Subaru Impreza demonstrates how the brand will meet new safety standards in the future. Subaru buyers say it’s #1 and #2 purchase reason, depending on the model.