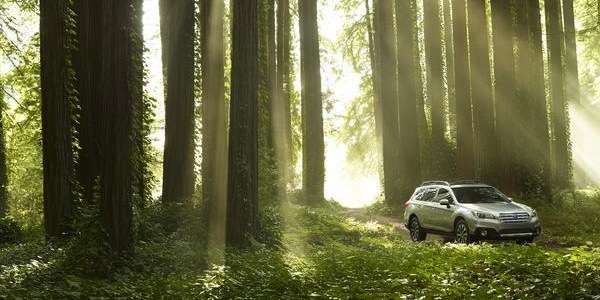 The 2016 Subaru Outback and Subaru Legacy are built at the Subaru plant in Indiana. Why is it good for the environment?
Advertisement

Subaru is an expert at reducing their environmental footprint and the National Park Service wants to know how they do it. Subaru of Indiana Automotive, Inc. (SIA), the plant that builds the 2016 Subaru Outback and Legacy wagon, is a zero landfill operation. What does that mean for the environment?

That means it produces zero waste that goes into a landfill. SIA, the home of Subaru manufacturing in North America, was the first automotive assembly plant in America designated as zero landfill, achieving that status in 2004. The year before, the plant was the first one to be designated a Backyard Wildlife Habitat by the National Wildlife Federation for wildlife for the blue heron, snapping turtles, coyote, white-tailed deer and bald eagles.

The Subaru plant employs a number of techniques to prepare its waste for reuse or recycling, such as separating food waste for composting and sending the dust produced from weld slag to a recycling facility where copper and other metals are reclaimed. Subaru says since 2000, they’ve reduced waste per unit by 55 percent. The Indiana plant currently produces the 2015 Subaru Legacy and Outback and will begin production of the 2016 Impreza compact.

In addition to helping to reduce waste in our national parks, in celebrating the 100 year milestone of the National Park Service, in April, Subaru donated 2015 Outback vehicles for use at four of America’s national parks. Subaru also promoted a fee-free day at the parks on National Public Lands Day. Subaru has been a partner of NPF since 2013 and donated nearly $3 million through its annual “Share the Love” campaign.

A new generation of Subaru owners who are concerned about the environment can drive multi-purpose vehicles like the 2016 Subaru Outback and know they are built at a zero landfill plant. The blue heron, snapping turtles, coyote, white-tailed deer and bald eagles are glad they live in the plant's backyard.

LG's New EV Battery Plant Is a Welcome News for Tesla
Tesla Giga Berlin's New Hurdle: It's Not Only the Gov't, but Now Tesla Itself
END_OF_DOCUMENT_TOKEN_TO_BE_REPLACED