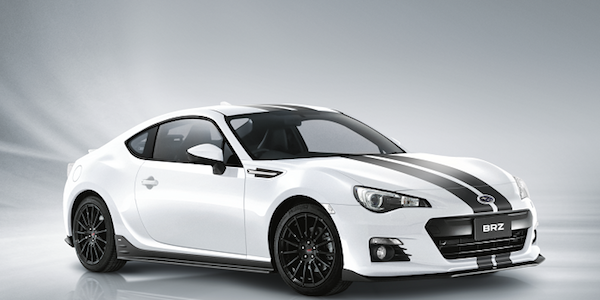 Now its Subaru Australia who gets a new special edition 2015 Subaru BRZ. Is this just another STI-badged BRZ?
Advertisement

Subaru keeps rolling out special edition 2015 BRZs and they announced the launch of another BRZ sports coup that will now be featured in Australia. But it’s not the performance model that driving enthusiasts have been waiting for. Subaru has launched this Special Edition BRZ that comes with multiple additions to the equipment list to set it apart from the standard models. But even though it gets a few STI stamps, it will still feature the 2.0-liter boxer engine with 200 horsepower.

Subaru Australia says the special edition 2015 BRZ will give the multi award-winning BRZ “even greater on-road presence.” Unlike the 2015 BRZ Series.Blue that is only sold with a 6-speed manual gearbox in the U.S., this Australian model will be sold in both manual and automatic variants.

The Special Edition 2015 BRZ will get upgrades over the standard sports coupe and will feature exterior upgrades like GT stripes, 17-inch STI alloy wheels, STI boot lip spoiler (body color), STI front, side and rear side under spoilers and Rear under diffuser. Unlike the U.S. Series.Blue which only comes in WR Blue, the BRZ Special Edition is available in every color in the MY15 BRZ palette.

This special edition model will also feature a few Subaru Tecnica International (STI) mods on the inside. This new 2015 BRZ will get an STI push button start switch, STI short shift assembly (manual-only) and STI shift knob (manual-only). Also unlike the U.S. Series.Blue, which will only see 1000 examples produced, Subaru Australia is not limiting the number of these special sport coupes.

Subaru did not announce pricing on the STI-enhanced BRZ, but said the rear-drive sports car will be available for pre-sale both through the Subaru Retail Network and via BuyOnline. Subaru Australia Managing Director, Nick Senior, said, “This Special Edition represents tremendous value as it combines the recently announced MY15 enhancements, including suspension tweaks, with some fantastic kit that only adds to its outstanding on-road presence and reputation.”

Performance fans in Australia will get a new Special Edition 2015 BRZ with a few STI badges and STI aero kit for aesthetics. But fans are wanting the BRZ STI that will come with the full STI engine and chassis upgrades that will make it a true performance sports coupe. Subaru will likely freshen the BRZ in late 2015 for the 2016 model year, but won’t likely make any engine changes soon. Subaru executives have said they will produce a second generation BRZ. A new BRZ STI could be coming in 2017-2018.