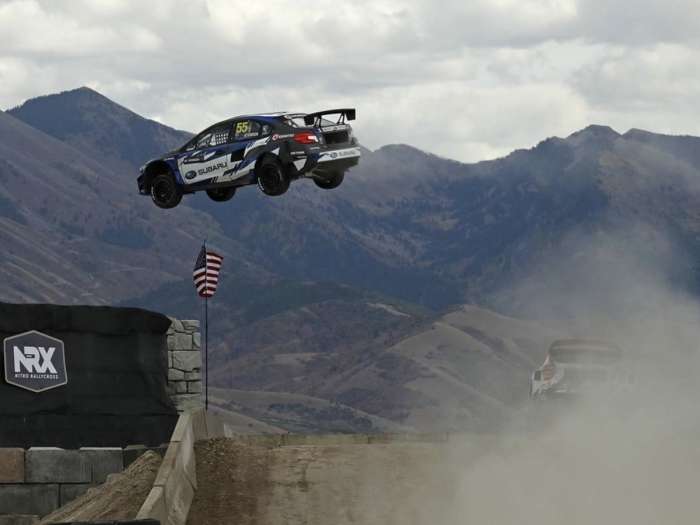 The first-ever Nitro World Rallycross was held at the Utah Motorsports Campus and it shaped up to be as crazy an event as expected. There were lots of jumps with big air and plenty of banging and crashing that characterized the weekend rallycross race. The "Hell Track for cars" sent half the field, including Pastrana, to the pits before the dust settled in the Final.

The Final was banging, impacts and sheer mayhem that saw all three Subaru WRX STI Supercars finish with a DNF. Atkinson, who had produced fast times all weekend and was in a good start position, got a flat early on and was forced to retire. Pastrana got tangled with another competitor in turn one and was immediately taken out of the event, while Sandell was running 4th and fighting for position when he was hit and taken out.

Atkinson told Subaru Motorsports, “I’ve never been so disappointed in a race finish I think ever. Just all the hard work everyone has put in, to come away with basically nothing apart from knowing we’ve got a fast car.”

Subaru Rally Team doesn’t have time to lick their wounds, as three Subaru WRX STIs along with Finnish Rallycross Ace Toomas "Topi" Heikkinen joining the team heads to Circuit of The Americas for the final event of the 2018 Americas Rallycross Championship next weekend.