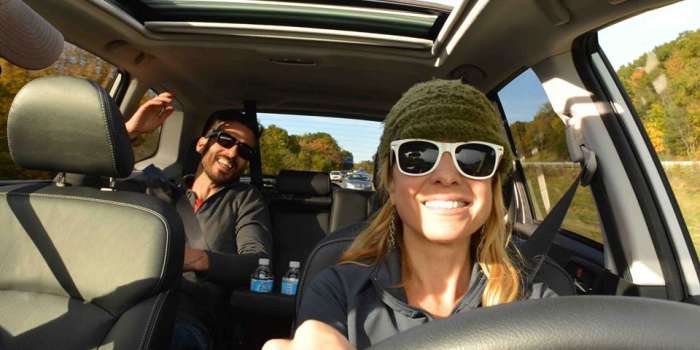 The active millennial generation is having a huge impact on Subaru here in the U.S. They are driving new sales for the Japanese automaker in a big way. It doesn’t look like Subaru’s impressive run of record sales month’s is going to end anytime soon. Subaru USA is reporting they have had their best-ever November sales. And the record numbers are being driven by new buyers to the brand. The all-new 2014 Forester SUV and XV Crosstrek crossover are leading the way with record month’s. Both new vehicles set all-time monthly sales records during the month of November.

This upward sales trend for Subaru is continuing as they launch new vehicles like the XV Crosstrek that appeal to loyal customers and new buyers who have never purchased a Subaru vehicle before. Subaru has carved out a unique niche in the market and they are producing cars for a generation of millennial buyers who lead active lifestyles. More and more of these people are embracing the Subaru brand and it’s not going to stop.

Sales are driven by new customers

Here in the U.S., through, November, 60 percent of Subaru’s buyers are new to the brand. That is an incredible number when it comes to attracting new buyers to an automakers brand. Subaru has done it by building new quality vehicles, and with very effective marketing. Subaru has definitely hit on the right formula that has made the small Japanese automaker successful.

Because this writer lives in Colorado, I talk to many people who have never purchased a Subaru before, but will be buying one when they purchase their next new vehicle. Many will be trading in their all-wheel-drive Ford and Dodge products they purchased in the late 90s. Subaru’s are perfect vehicles for the winter driving conditions we experience with their excellent Symmetrical all-wheel-drive.

Millennials are embracing the multi-use vehicles

But the mountain states is not the only successful sales region for Subaru. There is an estimated 80 million millennials in the U.S. alone and Subaru estimates 6 million of those fit their target demographic to buy their multi-use vehicles like the new Forester and XV Crosstrek models. “So, why, would the company need to shift its focus away from them?, a company executive stated at the LA Auto show in November.

The numbers don’t lie and really tell the whole story for what’s going on with the Tokyo automaker. Subaru sold 36,621 vehicles in November and 384,511 total vehicles in 2013 so far. The company broke its previous sales record of 336,441 in October with two months remaining in the calendar year. The 2014 Forester and the XV Crosstrek both set all-time monthly sales records during the month. Subaru sold 13,410 and 5,311 units respectively during the month of November.

Subaru has carved out a niche with Forester and XV

Those are impressive numbers for a small automaker that has carved out a niche market around the globe. The new Subaru Forester is a big reason for the record sales. Bill Cyphers, senior vice president of sales, Subaru of America, Inc said, “Coming off its recent MotorTrend 2014 Sport/Utility Vehicle of the Year award, Forester continues to show why it was a successful redesign,” “The Forester’s strong momentum carried into November as an all-time monthly sales record was set for the SUV.”

Subaru also saw the Forester hit the one million sales mark here in the U.S. during the month of November. The crossover SUV was first introduced here in the U.S. in 1997. And Subaru just unveiled the all-new 2015 WRX that is the performance model for the brand that will launch early 2014. And it looks like they will be redesigning the 2015 Legacy sedan and gave us a preview with the Legacy Concept at the Los Angeles Auto Show 2013. So it was an exciting month for the Japanese automaker.

The all- new 2014 Forester and XV Crosstrek are big reasons for Subaru’s successful run of record sales month’s. The small automaker has carved out a niche in the market with their multi-use vehicles that is resonating with many new active millennials who will use their new Subaru’s for recreation. Stay tuned to Torque News for the latest Forester and XV Crosstrek news.