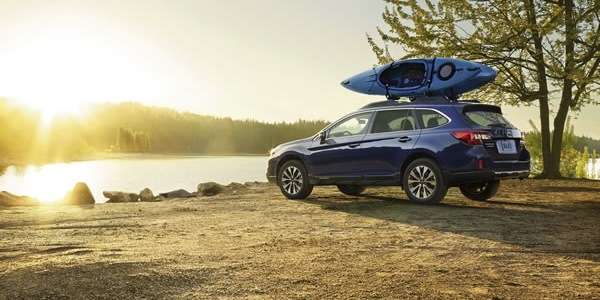 Subaru Canada announces pricing and enhancements that are coming on the 2016 Outback. What are 5 upgrades that make Outback even better?
Advertisement

Subaru Canada just announced pricing and a few choice upgrades for the 2016 Outback wagon. The new 2016 models are arriving now at dealers in Canada and new things are coming for the 2016 MY. Subaru says the new 2016 versions will start at the same price as the outgoing models, $27,995 even with the extra enhancements. This is due to the favorable exchange rate with the Japanese Yen and consumers win in Canada.

There’s five new enhancements on the 2016 Subaru Outback that will make the wagon better than the outgoing model. Subaru has upgraded all Outback wagons with standard wiper-linked automatic on/off headlights, that will activate the headlights if the wipers are on for more than 10 seconds. This will help drivers increase their visibility in the rain as well as help other drivers see Outback as conditions change.

Other upgrades include a new rearview parking guide that has a customizable on/off function for the guidelines, and a keyless entry lock and unlock chirp has been added to provide what Subaru calls “peace of mind.” A refined electric rack and pinion steering will create a more engaging feel for the driver. Subaru says 2016 3.6R Outbacks will have improved braking force as the result of a larger brake booster.

When equipped with the optional Touring Package an auto-dimming rearview mirror with Homelink and a larger clock and outside temperature display will be added, as well as a Subaru Rear/Side Vehicle Detection (SRVD) off indication in the dash. These new upgrades will make the 2016 Outback a bit more civilized than the 2015 MY. Additionally, Outback gets updates to the 7-inch infotainment system. The infotainment unit is now Siri compatible for Apple iPhone users, and a set of SiriusXM additions are now included, along with a free 3-month basic trial subscription.

The new upgrades will keep the 2016 Subaru Outback a standout performer with loyal Subaru fans and also new buyers to the brand. Subaru of America reports the Outback is attracting new buyers at a 60 percent clip. For more pricing info you can go here.

David Wahl wrote on November 19, 2015 - 5:54pm Permalink
I live in Washougal Washington 98671 Can I get a Subrau outback limited with a standard transmission from Canada through my dealer in Gresham Oregon? Dave Wahl